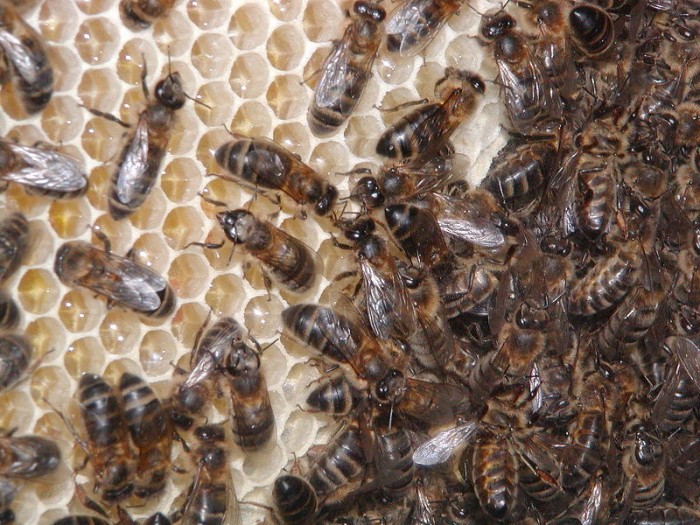 Millions of bees dropped dead after GMO corn was planted few weeks ago in Ontario, Canada. The local bee keeper, Dave Schuit who produces honey in Elmwood lost about 37 million bees which are about 600 hives.

“Once the corn started to get planted our bees died by the millions,” Schuit said. While many bee keepers blame neonicotinoids, or “neonics.” for colony collapse of bees and many countries in EU have banned neonicotinoid class of pesticides, the US Department of Agriculture fails to ban insecticides known as neonicotinoids, manufactured by Bayer CropScience Inc.

Two of Bayer’s best-selling pesticides, Imidacloprid and Clothianidin, are known to get into pollen and nectar, and can damage beneficial insects such as bees. The marketing of these drugs also coincided with the occurrence of large-scale bee deaths in many European countries and the United States.

Nathan Carey another local farmer says that this spring he noticed that there were not enough bees on his farm and he believes that there is a strong correlation between the disappearance of bees and insecticide use.

In the past, many scientists have struggled to find the exact cause of the massive die-offs, a phenomenon they refer to as “colony collapse disorder” (CCD). In the United States, for seven consecutive years, honeybees are in terminal decline.