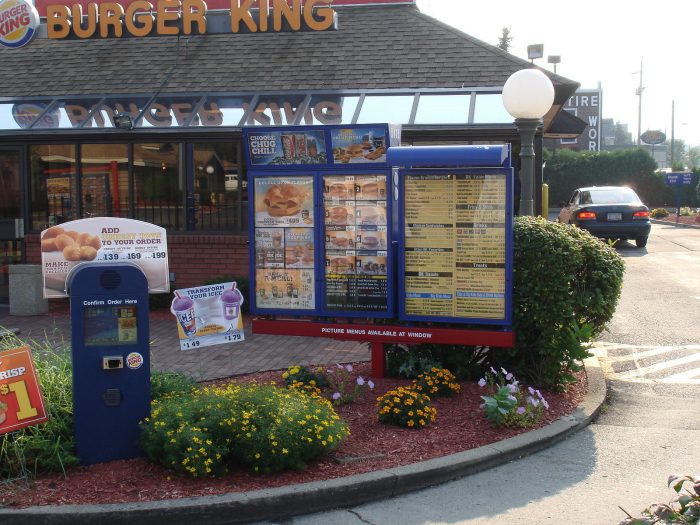 I like Burger King too, but this is ridiculous…

A New Jersey couple is maintaining their decades-long tradition by celebrating their 50th wedding anniversary at Burger King.

Lloyd and Sandy Howard, who wed on June 22, 1968, said it all began after they were running late for a show on their first wedding anniversary and stopped at the restaurant for a quick bite. Thus, the 49-year-old ritual was born.

The couple was welcomed by cheerful family members during this year’s celebration at their local Burger King in Matawan. They have two children and six grandchildren consisting of quadruplets and twins.

I wonder – do you think that it may be possible to get my wife to agree to start celebrating our wedding anniversaries at Pizza Hut?