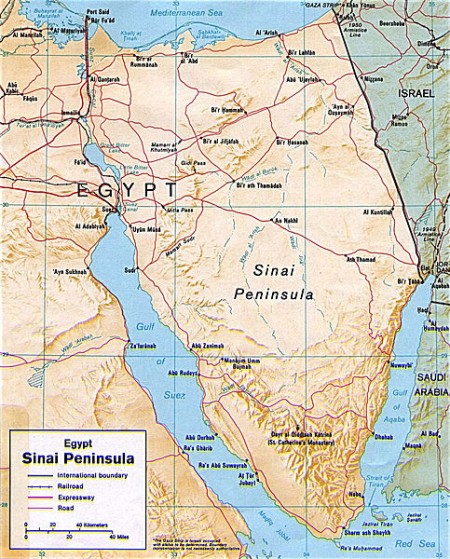 Israeli officials on Monday enthusiastically embraced reports that Egyptian President Abdel Fattah el-Sisi recently offered the Palestinians an independent state in the Sinai Peninsula in return for dropping claims to the pre–1967 borders.

According to the offer, which was reported by the Arab media and by Israel’s Army Radio, Egypt would give the Palestinians land in the Sinai that would effectively expand the territory of the Gaza Strip fivefold.

This “Greater Gaza” would be a fully independent state under the sovereignty of the Palestinian Authority, and would serve as a homeland for all Palestinians “refugees.”

Major Palestinian Arab cities in Judea and Samaria (the so-called “West Bank”) would remain autonomous under the rule of the Palestinian Authority, but claims to the rest of the area would be dropped.