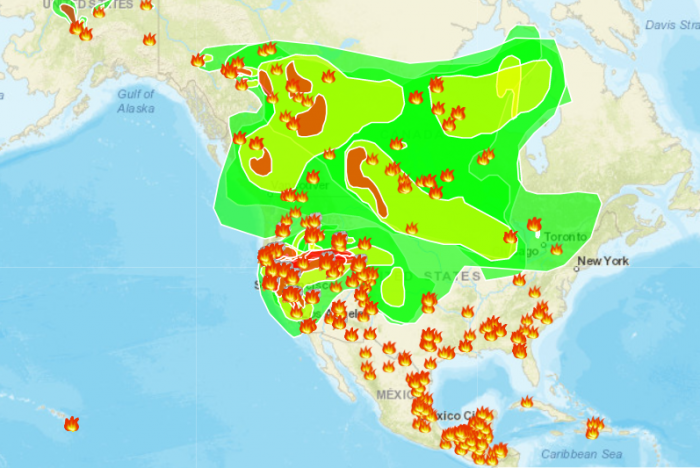 (The Big Wobble) According to Reuters, the fires which started Thursday driven by gale-force winds exploded into a firestorm that leapt the Sacramento River and engulfed whole neighbourhoods in and around Redding, sending thousands of people fleeing for their lives in a chaotic evacuation.

A private bulldozer operator on the fire line and a Redding firefighter were killed in the conflagration. The nearby town of Keswick, with a population of about 450, was reduced to ash.

Some 500 structures were destroyed, and 38,000 people remained under evacuation orders as of Saturday, according to the California Department of Forestry and Fire Protection.

Turn the sound on. This is terrifying. #CarrFire #Redding