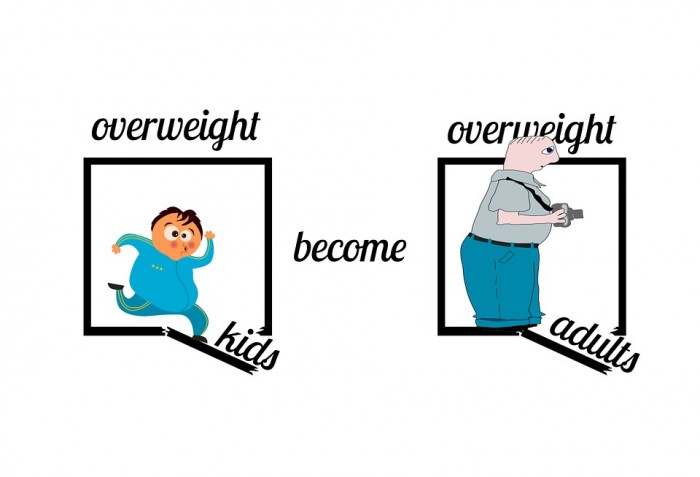 The United States officially has an obesity crisis. According to a brand new report that was just released by the Trust for America’s Health, at least one out of every five people meet the clinical definition for obesity in all 50 states. But of course in some states things are far worse than that. More than 35 percent of all adults are obese in four states, and the obesity rate is between 30 and 35 percent in 21 other states. And it is important to keep in mind that just needing to lose weight does not mean that you are obese. According to the CDC, you have got to have a body mass index of at least 30.0 to meet the clinical definition for obesity.

Each year, the American people spend 60 billion dollars on weight loss programs and products. That breaks down to about 188 dollars for every man, woman and child in the country. We are a nation that is absolutely obsessed with losing weight, and yet obesity levels are hovering near all-time record highs.

But some parts of the U.S. are definitely doing better than others. The following is an excerpt that comes directly from the new report…

In 2015, Louisiana has the highest adult obesity rate at 36.2 percent and Colorado has the lowest at 20.2 percent. While rates remained steady for most states, they are still high across the board. The 13th annual report found that rates of obesity now exceed 35 percent in four states, are at or above 30 percent in 25 states and are above 20 percent in all states. In 1991, no state had a rate above 20 percent.

Did you catch that last part?

I put it in bold for a reason. To me, it is absolutely incredible that no state in the entire country had an obesity rate of more than 20 percent just 25 years ago.

How could obesity explode to such a dramatic level in just a couple of decades?

Well, a lot of it has to do with what we eat and drink, and I will have some comments about that below. But first, let’s take a look at some more statistics from this new report. It turns out that there seems to be a significant link between obesity and poverty…

The report also noted that it has been estimated that our obesity epidemic costs the United States somewhere between 147 billion dollars and 210 billion dollars every single year.

That is an enormous amount of money, and if we were all a bit healthier it would benefit our society tremendously.

Sadly, as a society we have fallen into some very bad habits. For example, the new report also found that the number of high school students that play video games for at least 3 hours per day “has increased more than 88 percent since 2003 (from 22.1 to 41.7 percent)”.

When I was in high school, almost all of the kids couldn’t wait to get outside and play after school. But these days most playgrounds are parks are eerily silent most of the time, and even if kids wanted to go use them the truth is that many of them aren’t very safe.

In the old days, parents could let their kids go outside and play freely without having to worry about it. But in 2016, many of our communities are infested by addicts, gangs, sex predators, etc.

But that is a topic for another article. Last year, Gallup also did a survey on obesity, and what they found lines up with this new report very well…

-At 19.0 percent, Hawaii has the lowest rate of obesity in the entire country.

-At 35.2 percent, Mississippi has the highest rate of obesity in the entire country.

And remember, being obese is different from being overweight.

According to CNN, an astounding 70 percent of all Americans are overweight at this point.

Let that number sink in for a moment.

Well, our addiction to sugar plays a major role in this. If you were just to make one change to your diet, you could immediately start living a much healthier lifestyle. What I am talking about is soda.

Many people that have cut all soda out of their diets have immediately started losing weight, and they often report feeling much better too.

Other people have actually decided to completely cut all sugar out of their diets, and needless to say the health benefits have been nothing short of astounding.

If you know me, you know that I like sugar, but I try to keep it at a very reasonable level. But that is difficult, because sugar is in just about everything. And if it isn’t sugar, it is some other type of sweetener such as high fructose corn syrup.

There are others that know much more about these things than I do, but I just wanted to share with you a couple common sense things I have learned over the years that can immediately help you if you are interested in a healthier lifestyle.

Another thing that is a huge menace is pork. All meat is not created equal, and if you eat lots of pork you should know that you are on a highway to high cholesterol, high blood pressure, heart disease, diabetes and cancer. Pork is one of the most toxic things that humans consume, and once you learn all of the things that pork is infested with you will likely never want to eat it again.

Of course cancer loves sugar too, and so it is no wonder why we have a cancer epidemic in this country. If you can believe it, Americans spend 100 billion dollars a year on cancer drugs alone.

We are literally digging our own graves with our forks, knives and spoons. What we eat and what we drink are the biggest reasons why we have an obesity epidemic in this nation, and if we will just take a few common sense steps we could start turning around this crisis tomorrow.