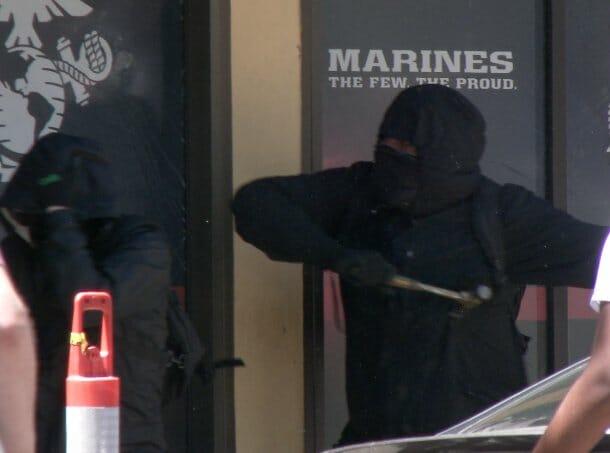 Anti-Marxist demonstrators were met with violence by masked Antifa thugs and other far left protesters–police in riot gear wrestled the violent leftists to the ground and made arrests.

After I filmed the antifa break the Marine Corps office window and throw a torch into a dumpster, one of them called a few over to confront me. They basically told me to leave, implying attack if I didn’t. I left.

“Get the fuck back. Cops aren’t here. They won’t help you.” pic.twitter.com/7m8WkNmOy9

We are confiscating weapons and making arrests. pic.twitter.com/YisxhW4FM0