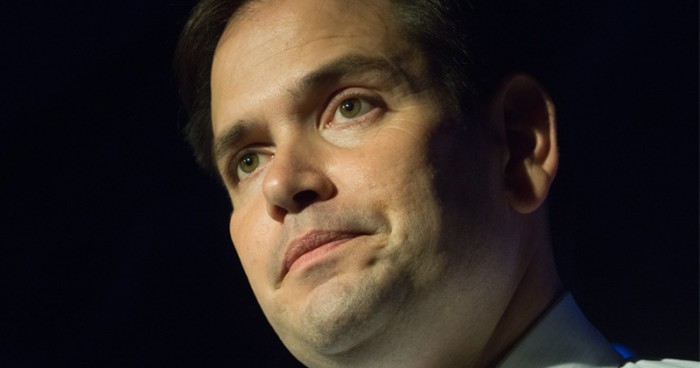 Marco Rubio is plotting to take the Republican nomination away from Donald Trump using surreptitious tactics at a so-called “brokered convention,” according to an audio recording of his campaign manger in a private meeting with high dollar donors in Manhattan obtained exclusively by Breitbart News.

Last Wednesday evening in New York, according to CNN, Rubio campaign manager Terry Sullivan met privately with a group of supporters and top donors to chart Rubio’s path forward heading into Super Tuesday after abysmal performances from the first-term Florid Senator so far. During the meeting, Sullivan walked Rubio’s money men through the scenario he envisions he will use to stop Trump.