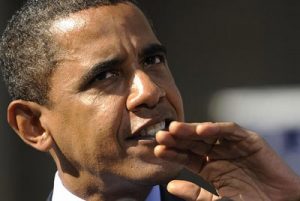 Employees at Albany, New York area hospitals and at a hospital in Charleston, West Virginia are being told that they are required to take a flu vaccine or they will be fired.

Someone discovered an online form from the state of Iowa designed to be filled in with the name of a swine flu victim who is required to relocate to a quarantine facility.

The Wall Street Journal is warning that military conflict between Israel and Iran is “inevitable” unless the U.S. does something to stop Iran’s nuclear program.

Does Barack Obama plan to give the Temple Mount and the Tomb of Jesus to the forces of Islam?

Is the “political middle” in the United States quickly disappearing as the nation becomes more polarized than ever?

Some German scientists are now calling for a “world climate bank”.

A new study out of the U.K. reveals that one in three U.K. teen girls has suffered sexual abuse from a boyfriend.

The publishers of the NIV Bible plan to release a revised version in 2011 that is likely to contain more “gender-neutral” language.

Lastly, Argentina’s Supreme Court has ruled that it is unconstitutional to punish people for using marijuana for personal consumption.