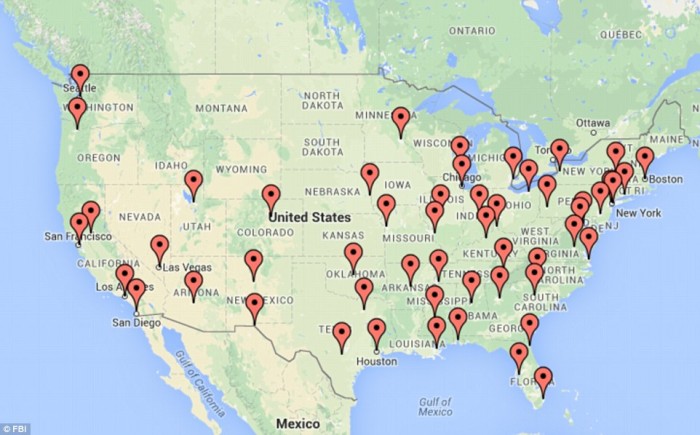 The FBI is setting up command centers at all of its 56 field offices across the country ahead of the July 4 weekend, to monitor any potential terrorist threats, law enforcement sources have revealed.

Sources told Fox News that local, state and federal law enforcement agencies in the U.S. will be reporting any information about possible attacks to these command centers – where officials will decide how to respond.

The move comes amid growing fears that the terror group ISIS is working to awaken sleeper cells in Western nations, after sympathizers were linked to three back-to-back attacks in France, Kuwait and Tunisia last Friday.

While the FBI says there has been no specific credible threat so far, it seems to be more active in its warnings and actions ahead of Independence Day this year than previously.