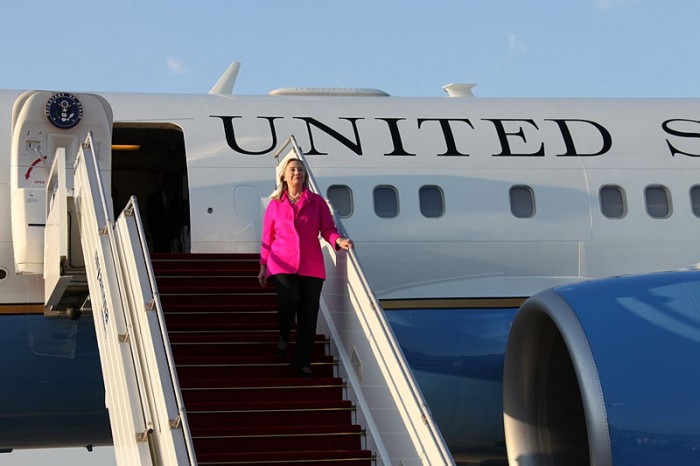 Four out of a sample of just 40 emails that were on former Secretary of State Hillary Clinton’s personal email server “included IC-derived classified information,” according to a memorandum that L. Charles McCullough, III, the Inspector General of the Intelligence Community, sent yesterday to the chairmen and ranking members of the House and Senate intelligence committees and to DNI James Clapper.

Additionally, McCullough said, “we were informed by State FOIA officials that there are potentially hundreds of classified emails within the approximately 30,000 provided by former Secretary Clinton” and that these 30,00 emails “are purported to have been copied to a thumb drive in the possession of former Secretary Clinton’s personal counsel, Williams and Connelly attorney David Kendall.”