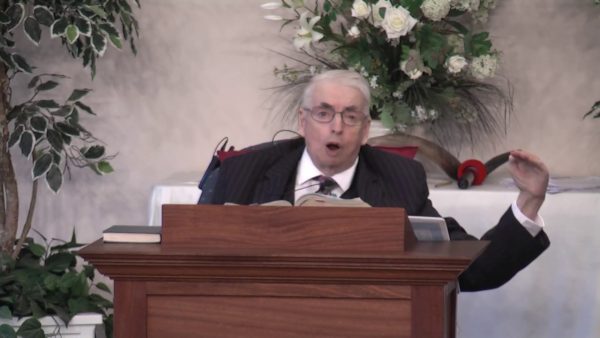 Daniel Rodes was a very powerful man of God, and it is unfortunate that he was not more widely known in the United States.  The reach of his ministry literally circled the entire globe, and he helped plant a vast number of churches.  If you are not familiar with this man of God, here is an excerpt from his obituary…

Throughout his ministry, Rodes had supernatural experiences in which he was shown what is ahead for America.

Like so many other men and women of God, Rodes was shown that one day there will be a war in which nuclear weapons are used, and America will lose that war…

In these visions I saw missiles and nuclear warfare being used on American cities. Our coastlines were surrounded by enemy nations, and Americans willingly surrendered to their authority. Americans became slaves to the enemy and were used and abused at their will.

I saw the sovereignty of the United States turned over into the hand of enemies and saw our shorelines monitored by destructive military equipment. The whole land of America was in a state of confusion as men and women were demanded to yield up all their American heritage for a “new and better way of life.” The American people will completely lose their citizenship as Americans. Their property and everything they own will become the property of the new government. Every person in the world will become the property of the New Age government. Because they have rebelled against the Lord God of Heaven, they shall suffer severely. I saw the deadly, dangerous peace keeping force who were unmercifully beating and tormenting anyone who would resist their takeover.

I saw many of the cities in America being destroyed completely by fire and massive military artillery. I saw biological and chemical weapons being used on American soil and against her people. In one of these visions, I saw a yellowish, pale, gooey looking substance fill the air with a cloud completely blotting out the sun and multitudes of people were dying on every hand. This, I believe, was a nuclear fallout or a biological or chemical substance, but the Lord didn’t explain it to me. It made me feel like panicking, but suddenly I realized it was not affecting me. I don’t know if that means the faithful people of God will escape this or not. The Lord did not give me that direction. However, I do feel that we should pray as Jesus admonished us in Luke 21:36.”

There will be persecution come upon the American people. Some of the so-called Christians will be taken as slaves and put in work camps similar to that of Israel being in Egypt. Because we will not submit ourselves to the right ways of God and because we have taught our church people contrary to the Holy Scriptures, there will be much persecution. Many Christian pastors will be killed and others will be threatened and greatly tortured. I saw mothers crying as they were being tormented and watched their children die before their eyes.

I saw so-called Christians bring great attacks against the holy remnant and I heard the word of the Lord say to me, “Come out from among her, My people.” I heard the Spirit say to me over and over again, “If they do not separate themselves from this evil system, they will become a part of the plague that is coming upon the whole world. They will either separate themselves now or they will be separated in eternity.” I saw this deception become so great that the American people were calling good, evil and evil, good. The so-called Christian world tried to stop all who would dare to interfere with their evil ways. Some so-called Christians willingly took the mark of the new age system as the right thing to do.

I saw that while the church was facing severe persecution, the Glory of the Lord appeared and great revivals were taking place among the God-fearing children of God. The more persecution that was put upon them, the more they were purified and made holy. When some of the people who were against Christianity saw how the people rejoiced in the time of persecution, they also became Christians and were willing to suffer with the righteous. This persecution was completely destroying denominational differences and the only goal these Christians had was to line up their lives according to the Word of God, instead of their doctrinal opinions. The Lord informed me that He will not come for a church that is in a state of division, but that His believers will be unified in love and compassion and in the knowledge of the Word of God. The Word of the Lord said to me, “I am coming for a church without spot and wrinkle.”

Daniel Rodes was definitely one of a kind, and he is greatly missed.

And we should all remember to make the most out of every single day, because we do not know when time will finally run out.