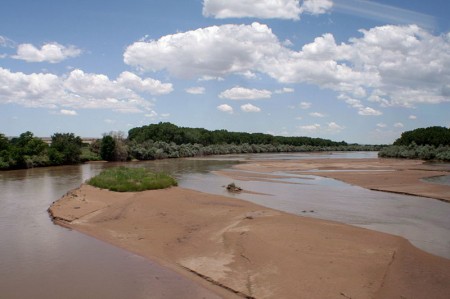 “The Border Patrol agents loaded and unloaded their vehicles packed with the newly-arrived illegal immigrants — including women pregnant or nursing infants, and small, unaccompanied children — throughout the evening and early morning hours. At first, they were mostly teenagers, ages 14 to 17, arriving with their mother or brothers or no one at all. Then came the pregnant women. A mother nursing her infant. A small girl with wide eyes clutching a doll.

“A total of 72 came in during the first dark hours of Saturday morning. A third were unaccompanied children.

“The life jackets helped many make it across the Rio Grande from Reynosa, the Mexican city across the water from Mission, just west of McAllen. Sources say they come over on rafts ferried by the so-called “coyotes,” the human smugglers whose means of transport are rendered useless whenever discovered by the Border Patrol. Many don’t make it across the river; multiple sources became emotional when recounting their discoveries of small, lifeless bodies washed up along the riverbank.”