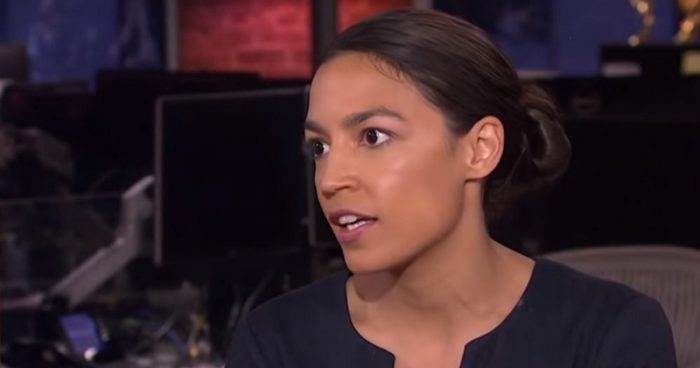 Former Sen. Joe Lieberman, a Democrat-turned-independent, urged Democrats in a Wall Street Journal op-ed to vote for Rep. Joe Crowley (D-NY), who suffered a stunning loss to Ocasio-Cortez in last month’s primary and so will appear on the ballot of the Working Families Party.

“Ms. Ocasio-Cortez is a proud member of the Democratic Socialists of America, whose platform, like hers, is more Socialist than Democratic,” he wrote on Tuesday.

“Her dreams of new federal spending would bankrupt the country or require very large tax increases, including on the working class,” he continued.

“Her approach foresees government ownership of many private companies, which would decimate the economy and put millions out of work.”

Several other Democrats echoed Lieberman’s sentiment, with some asserting her attacks against the more moderate faction of the Democrat Party was not a wise strategy.

“She’s carrying on and she ain’t gonna make friends that way,” Rep. Bill Pascrell (D-N.J.) told The Hill. “Joe conceded, wished her well, said he would support her…so she doesn’t know what the hell she’s talking about.”

“She’s not asking my advice,” he added, “[but] I would do it differently, rather than make enemies of people.”

If Ocasio-Cortez wants to be successful in Congress, she needs to learn to forge working relationships with fellow Democrats, even if they’re not as far left, said Rep. Alcee Hastings (D-Fla.).

“Meteors fizz out,” Hastings said. “What she will learn in this institution is that it’s glacial to begin with, and therefore no matter how far you rise, that’s just how far you will ultimately get your comeuppance.”

Ocasio-Cortez further highlighted her radical far-left views this week after calling for the “occupation” of airports, border crossings, and Immigration and Customs Enforcement (ICE) offices across the country.

Meanwhile, Democrats refused to vote on their own “Abolish ICE” bill this week over fears the optics would hurt their midterm chances.