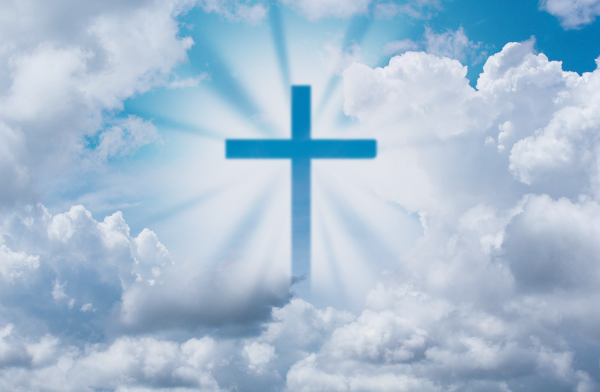 When it comes to the last days, many of us can tend to focus on all the horrible things that are going to happen, and without a doubt we are going to see chaos that is unlike anything that any of us have ever imagined.  However, at the same time God is going to be doing amazing things even in the midst of all the darkness.  For a long time, my wife and I have been proclaiming that we are on the brink of the greatest move of God that the world has ever seen, and it turns out that Dr. Bruce Allen was shown the exact same thing late last year…

To say that this year has been a whirlwind of ministry and adventure is a gross understatement. So far this has been the busiest year of ministry and life as a whole that we’ve had. From moving to a new home to ministering in nations we’ve never been before and traveling over 100,000 miles, publishing our latest books and witnessing the changing of the prophetic season and hurling towards a biblical conclusion of this age.

Throughout this hectic schedule we have not neglected our precious alone time with the Lord as that is the foundation of our life. A number of the encounters I’ve had this year indicate a move of God is quickly approaching and the end time harvest is soon to follow.

In July of this year I had an encounter with the Lord. I was taken in the spirit to stand before the Lord’s throne and receive an audience with the King. Standing behind Him on His right side was a company of angels dressed in a way I’d not seen before. They were wearing what looked like work clothes; a blend of many cultural styles. What really stood out and captured my interest where what looked like cycles in their hands.

I immediately asked the Lord what the purpose of these angels were and what it was they were to harvest. He responded to me that they were harvesting angels and were prepared to harvest the earth. Their ‘crop’ was to be the tares of the earth. (Matt 13:36-40)

Again, I saw on Jesus’ left side a company of angels dressed in bright shining white linen. I asked Him who these angels were and what was their purpose. Jesus once again responded to me that they were His harvesting angels ready to be sent forth to harvest the earth.

Immediately I realized that we are in a season of culling and cleansing as well as harvest. I was excited and at the same time I was filled with a dread I could not explain. I recognize in that moment that a time had come where those who have been sowing wickedness and poison were about to reap the fruit of what they had done.

Scripture teaches us that the Lord’s purposes are first revealed in the natural then the spiritual (1 Cor. 15:46). In the United States we see an unfolding of this very thing as corruption and lawlessness is being uncovered and revealed in the highest levels of government. The tares are being exposed and removed.

Next will be the exposing of the tares within the church. You may argue that ‘judgment begins in the house of God’ and you are correct, however we are not talking about judgment here. This is a natural process and result of that which has been sown (tares in this case) coming to maturity. Biblical principle according to the scripture is that once the tares reach maturity the Lord sends forth His angels to cull out the false and leave the true standing.

As I was standing before the Lord, having had my questions answered, the Lord looked over His right shoulder and spoke to the group of angels with the cycles; “Go!”
Immediately those angels vanished and dispersed throughout the earth to begin their task. Again, the Lord looked over His left shoulder and said, “Prepare!” Instantly that company of angels stood to attention.

Jesus then looked back at me with a burning fire in His eyes; a fire of passion and purpose, of love and purpose, of holiness and purity. I stood trembling and in awe as I was once again returned to my natural senses.

On Rosh Ha Shanna of this year, the 9th of September, in the evening when I was praying and seeking the Lord, Jesus appeared to me in my Prayer Room. He was wearing a red robe over His white garments. There was no conversation, however instinctively I felt to embrace Him. He held me for a time (meaningless in that realm). I was being infused with His love and strength, His peace and a great assurance.

As I basked in His love, a verse from Song of Solomon came to mind, “Who is this coming up from the wilderness, leaning upon her beloved?” (Song of Solomon 8:5)
The next instance I found myself standing beside the Lord and we were looking into Heaven, or the Paradise of God.

This is what I understood from this visitation: In this New Year, 5779, we are entering into a time of ever-increasing intimacy with the Lord. Because of this intimacy we will be greatly comforted in the days ahead, infused with His love, strength, wisdom, power, knowledge and understanding. As part of this increase, we will have greater access into the Heavenly Realms on a regular basis.

On the second evening of Rosh Ha Shanna, the 10th of September 2018, I was again in my prayer room with my wife this time. As we were worshiping the Lord, I had an encounter in which I saw vast multitudes of the saints as well as the angelic host standing and looking at the earth. Jesus Himself stood among them. It was as if they were awaiting a signal or command.

There was also a chariot of fire there and I recognized an old friend, a being that looks like a white horse. I walked up to him and gave him a hug and said, “I’ve missed you friend.”

I felt the warmth of his love and acceptance of my display of affection for him. He said, “Shortly now.”

When he communicated that to me, I instantly knew that the final harvest is about to be released and all of heaven will be participating – the angelic host, the cloud of witnesses and Jesus Himself.

My question for all of us at this time is have we prepared our hearts and minds for the day that has now come upon us? Have we positioned ourselves in Him to fulfill our end time destiny – to be part of a large company, both in heaven and on the earth, that have a unique mandate at the end of the age – to bring in this final harvest?

If you’ve not considered this question before I urge you to do so now. We are on the brink of the greatest move of God this world will ever know. The shift we have all been sensing throughout this year is the preparation and leadup time to the commencement of this final great awakening.

From this fall (in the Northern Hemisphere) forward we will begin to witness an increase in the move of the Spirit of the Lord in ways we’ve never seen before. Spontaneous outbreaks of His glory and revival will begin to take place in the most unlikely of places as the Lord’s heavenly host once again interacts with the earth to cultivate and reap a final harvest. Joel 2:28 will become an experiential reality to many that never even asked for an encounter with the Lord as He visits His body upon the earth.

Long forgotten dreams and prophetic destiny’s will be renewed and released as that for which you have been created for will now spring forth. Nations will be swept into the Kingdom as this move of God sweeps the earth and an unprecedented release of extraordinary signs, wonders and miracles begin to impact our communities.
Visitations of the heavenly host will be seen and experienced by large gatherings of the saints and the merging of the church in heaven and upon the earth becomes a living, tangible reality in this time.

This up-swelling of heavenly manifestations will begin slowly but at an appointed time will sweep the earth quickly as the Lord visits His people once again as He did in the gospels after His resurrection. The powers of the age to come will be displayed among the faithful as the Lord releases these powers to effectively confirm the preaching of the Kingdom of Heaven.

I encourage all of you to seek the Lord now so you are ready at a moment’s notice for this spiritual “deployment” and end time assignment. THIS is what you have been sensing and longing for! This is your destiny!