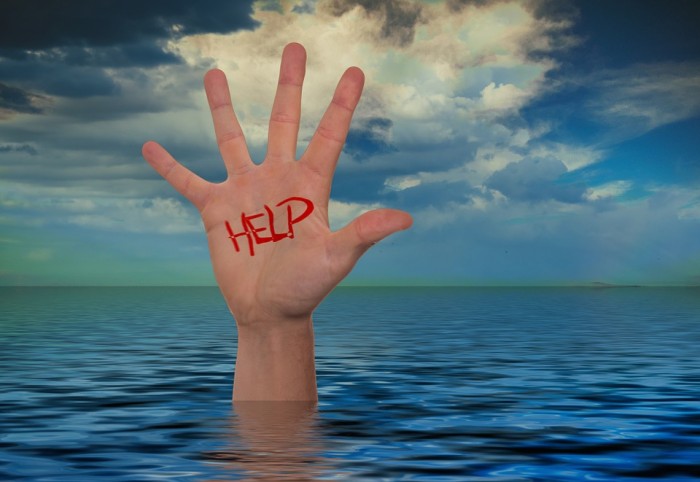 More than a third of all Americans can’t pay their debts. I don’t know about you, but to me that is a shocking figure. As you will see below, 35 percent of the people living in this country have debt in collections. When a debt is in collections, it is at least 180 days past due. And this is happening during the “economic recovery” that the mainstream media keeps touting, although the truth is that Barack Obama is going to be the only president in United States history to never have a single year when the economy grew by at least 3 percent. But at least things are fairly stable for the moment, and if this many Americans are having trouble paying their bills right now, what are things going to look like when the economy becomes extremely unstable once again.

And the city’s troubles have left a mark on the financial stability of its residents in a big way, according to a new report from the Urban Institute.

It is hard to believe that 66 percent of the residents of one of our largest cities could have debt in collections, but without a doubt the city of Detroit is a complete and utter economic wasteland at this point.

But to me, the 35 percent figure for the nation as a whole is a much greater concern.

And much of the debt that is in collections is credit card debt.

In the immediate aftermath of the last financial crisis, many Americans started getting out of debt, and that was a very good thing.

Unfortunately, that trend has completely reversed itself over the past few years, and now credit card balances are rising at a pace that is quite alarming…

Even scarier, consider that based on the average interest rate and a minimum payment of 1.5% of the balance, it would take nearly 14 years for the typical indebted household to pay off its existing credit card debt, at a staggering cost of more than $40,200. Keep in mind that this assumes no additional credit card debt is added to the tab along the way.

Those that have been there know exactly how it feels to be drowning in credit card debt.

You know, they don’t teach you about credit cards in high school or in college. At least they didn’t in my day. So once I got out into the “real world” and discovered the joy of instantly getting whatever I wanted with a credit card, I didn’t understand how painful it would be to pay that money back someday.

If you have credit card balances that are out of control, they can keep you up late into the night. The worry and the fear can eat away at you like a cancer, and many people play a game of moving balances from one card to another in a desperate attempt to stay afloat.

Fortunately I learned my hard lessons at an early enough age to get things turned around. Now I warn others about the danger of credit card debt through my writing, and my hope is that the things that I share on my websites are doing some good for others that may be struggling financially.

When you are deep in debt, it is exceedingly difficult to build up any wealth of your own. This is one of the primary reasons why 69 percent of all Americans have less than $1,000 in savings today.

In essence, more than two-thirds of the country is living paycheck to paycheck, and that is a recipe for disaster when the next major economic downturn in the U.S. strikes.

Overall, household debt in America has now reached a grand total of 12.3 trillion dollars. When you break that down, it comes to $38,557 for every man, woman and child in the entire nation.

And remember, that is just household debt. That total does not include any form of business debt or any form of government debt.

We truly are a “buy now, pay later” society. We were the wealthiest and most prosperous nation on the entire planet, and previous generations handed us the keys to the greatest economic machine in world history, but that wasn’t good enough for us.

We always had to have more, more, more – and now we have accumulated more debt than any society in the history of the globe.

It is inevitable that this giant debt bubble is going to burst. Anyone with an ounce of common sense can see that.

What we experienced in 2008 was just a preview of the hard times that are coming. The next recession is going to be even worse, and most economists are convinced that it will happen within the next four years no matter who is elected president in November. The following comes from the Wall Street Journal via the Calculated Risk blog…

Economists in The Wall Street Journal’s latest monthly survey of economists put the odds of the next downturn happening within the next four years at nearly 60%.

Just like the last time around, millions of those that are “living on the edge” financially will fall out of the middle class and into poverty when they lose their jobs.

Hopefully most of you that have been reading my work for an extended period of time have already been getting out of debt and have been building up a financial cushion.

Sadly, most of the country continues to act as if they are living in a pre-2008 world, and the economic wake up call that is coming is going to be incredibly painful for those that thought they could get away with being exceedingly reckless financially.