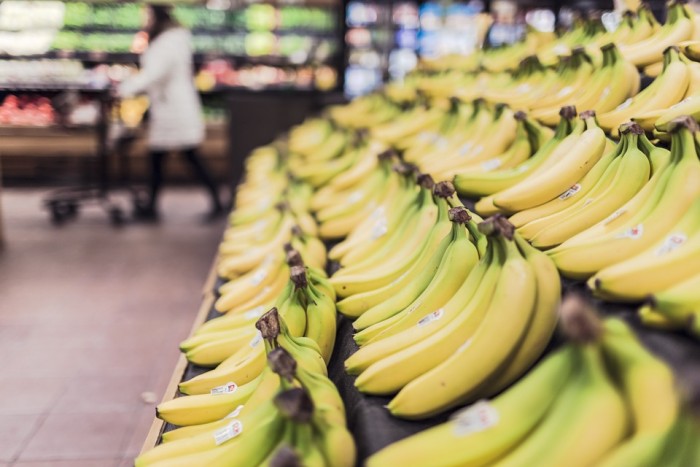 Widespread reports continue to pour in from all over the nation of “glitches” with the food stamp system. It is eight days into the month and large numbers of people still have not received their benefits, and in other instances it is being reported that EBT cards are simply not working correctly. So what in the world is going on here? On downdetector.com there are scores of reports of problems with the EBT system from people all over the nation. Could this simply be another example of government incompetence, or is something else at work here?

I had heard some rumblings about this over the past few days, but I had not really taken them seriously until I read an article from highly respected author Ray Gano…

It interesting over the weekend I got several emails telling me about cell phones being down, internet being down, and get this, EBT cards not working and having no money associated to them.

This is a concern because when the US Government has payment failures, then there is possibly something happening that the press is not telling you about.

Now, we know that computers have problems and that states, counties and cities run on computers. But what is interesting is that since the beginning of 2016, The US government has had over 2,700 reports on downdetector.com showing that they have been late loading the money onto these EBT cards.

Folks, we are now going on 8 days where the Government has not paid the EBT payments so that people have food.

So I went over to downdetector.com myself, and I was stunned to see that reports of EBT outages continue to pour in every hour. Here are just a few of the recent comments that have been left by people that are still waiting for their food stamp benefits for June…

Heidi Lynn: I was supposed to get mine on the 5th and still nothing. Even ebt NJ site says $0 as well as my EBT card says $0. I’m on disability. I forgot to add I tried calling NJ Board of Services and was on hold for over an hour. I had to hang up to take dog out, etc. Does anyone know what’s going on yet?

Ann Wilson: Now that it’s been a whole week since I was supposed to get my June benefits, and haven’t, I’m planning on going to my Illinois FCRC office. I hope they will be able to fix this difficulty.

Jenn Johnson: I always get mine on time. I was due to get mine today June 7th and nothing. I am from kentucky. Why is there nothing on the news about this?

Jarrett Manhart: Havnt received mine either. They are never late. And my fone is off so i cant call em. Im on Wi-Fi down the street from me.

Sunny Nicole Jones: I haven’t gotten mine either! I’m glad it’s not just me though because then I would really be worried!

But when I went to confirm these widespread outages with articles from the mainstream media, I came up empty.

Either the mainstream media does not know what is going on yet, or it is being ignored.

If you have not gotten your EBT benefits for this month yet or you know someone that is in that position, please feel free to let me know. I want to get to the bottom of this. There are people all over the nation that are reporting problems with the food stamp system, but nobody seems to know exactly how widespread this issue is just yet.

Today there are well over 40 million Americans on food stamps, and a lot of them would start rioting tomorrow if you told them that their food stamp cards were being turned off permanently.

EBT cards are the modern equivalent of the bread lines of the 1930s. Instead of having to wait in long lines for food, the government just zaps money on to EBT cards each month, and those that are hurting are able to get something to eat.

But down in Venezuela, extremely long food lines are a daily reality for much of the population right now. The following comes from the Daily Mail…

Venezuela was once South America’s richest nation, but a fall in oil prices combined with other economic problems has led to desperate citizens taking drastic measures.

Nearly half of Venezuelans say they can no longer afford to eat three meals a day, according to a recent poll by the local firm Venebarometro. The poll surveyed 1,200 adults at their homes during the first week of April and had a margin of error of plus or minus of about two percentage points

Those who can, cross the border into Colombia to buy, bring back and then use or sell food and other basic commodities.

Could you imagine not being able to provide three meals a day for your family any longer?

Close to half the population of Venezuela is already in that position, and the economic collapse down there grows worse with each passing day.

Most Americans just assume that nothing like that could ever happen here.

Most Americans just assume that the government will always have plenty of money to give out.

As I mentioned above, there are well over 40 million Americans that receive EBT benefits.

However, when you factor in all government programs, more than 100 million Americans get some form of money or benefits from the federal government each month.

So what would happen someday if suddenly the spigot was turned off?

What would those 100 million people do?

How would they survive?

Hopefully this current EBT outage is just a temporary technical glitch, and hopefully the government will get it fixed in short order.

But someday there will be a major crisis that will cause food stamp benefits to be cut off either permanently or for an extended period of time.

When that day arrives, what will that do to our communities?

1 thought on “EBT Card Outage?: It Is 8 Days Into June And Many Americans Are STILL Waiting For Food Stamp Money”