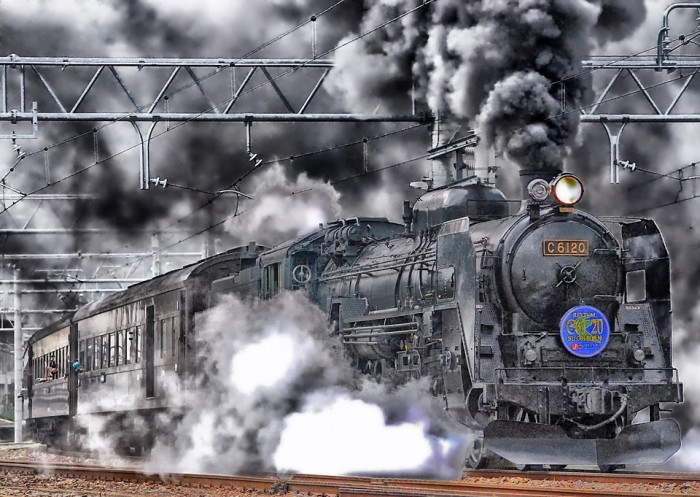 We have not seen global economic activity fall off this rapidly since the great recession of 2008. Manufacturing activity is imploding all over the planet, global trade is slowing down at a pace that is extremely alarming, and the Baltic Dry Index just hit another brand new all-time record low. If the “real economy” consists of people making, selling and shipping stuff, then it is in incredibly bad shape. Here in the United States, the dismal economic numbers continue to stun all of the experts. For example, on Monday we learned that the Texas general business activity index just hit a six year low…

The general business activity index out Monday from the Dallas Federal Reserve for January was -34.6, a six-year low and much worse than economists had expected.

The forecast for the monthly index was -14, following a December reading of -21.6 (revised from -20.1) that was also worse than expected.

One could perhaps argue that this is to be expected in Texas because of the collapse in the price of oil.

But what about the very unusual things that we are seeing in other areas of the country? In Erwin, Tennessee, a rail terminal that had been continuously operating for 135 years was just permanently shut down, and hundreds of workers now find themselves without a job…

The last coal train to leave Erwin rolled slowly out of town just after at 3 p.m. Thursday, less than eight hours after CSX Transportation employees heard the news that rocked all of Unicoi County.

“Its a hard pill to swallow,” county Mayor Greg Lynch said. “Of course, we heard rumors that something was coming down. But never in my wildest dreams did I imagine they would just shut down and leave town.”

CSX delivered the news of its decision to immediately close Erwin’s 175-acre rail yard and abruptly end the employment of the facility’s 300 workers in a series of meetings with employees conducted at the start of their morning shifts.

It has been said that if you want to know what is really happening with the U.S. economy, just watch the railroads.

And right now, rail traffic all over the nation is falling to depressingly low levels.

With regard to the train freight article this morning, we have in Grand Junction, CO., literally hundreds of engines sidelined on the tracks. They are three deep on some tracks and easily number over 250. I have never seen this many engines on the tracks before and I feel this is just another indicator of the slowdown in shipping.

In case you are tempted to think that this is just anecdotal evidence, I want you to consider what is happening to the largest railroad company in the United States.

According to Wolf Richter, operating revenues for Union Pacific were down 15 percent last year…

So Union Pacific did what American companies do best: it laid off 3,900 people last year.

And of course we can see evidence of the emerging economic slowdown all around us pretty much wherever we look. Sprint just laid off 8 percent of its workforce, GoPro is letting go 7 percent of its workers, and Wal-Mart just announced the closure of 269 stores.

But instead of dealing with reality, there are a lot of irrational optimists that insist that things will start bouncing back any day now. For instance, CNBC is reporting that Goldman Sachs is forecasting that the S&P 500 will end up finishing the year back at 2,100…

Goldman, though, is sticking with its forecast that the S&P 500 will rebound and finish the year at 2,100, a rise of about 11 percent from current levels but basically no net gain for the full year.

It is easy to say something like that, but the actions of the big banks speak louder than words.

Most people don’t realize this, but several of the “too big to fail” banks laid off thousands of workers in 2015…

Bank of America and Citigroup reduced headcount the most, eliminating about 20,000 staffers between them, according to fourth-quarter earnings reports from each bank. The respective moves amount to 4.6 percent and 4 percent fewer workers at the banks. JPMorgan Chase reported in its earnings that it employs 6,700 fewer workers than a year ago.

The “too big to fail” banks did the exact same thing just before the great stock market crash of 2008.

When are people going to finally start understanding that we have a major league crisis on our hands?

Since June 2015, approximately 15 trillion dollars of global stock market wealth has been wiped out. After a brief respite at the end of last week, it appears that the global financial crisis is getting ready to accelerate once again.

On Monday, the price of oil dipped back under 30 dollars, the Dow was down another 208 points, and the Nikkei is currently down another 389 points in early trading.

Somewhere close to one-fifth of all global stock market wealth has already been wiped out.

We only have about four-fifths left.

But in the end, I can talk about these numbers until I am blue in the face and some people will still not get prepared.

Some people have so much faith in Barack Obama, the Federal Reserve and the mainstream media that they would literally follow them off a cliff.

By now, most of the people that believe that they should prepare for the coming crisis have already gotten prepared, and most of those that want to believe that everything is going to work out just fine somehow are never going to get prepared anyway.