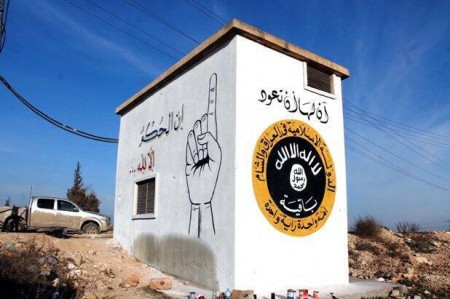 Nearly fifty senior commanders of a major coalition of Islamic ‘moderates’ opposed to ISIS in Syria have been killed by an explosion at their secret command bunker as they met to discuss strategy against the the Islamic State.

The blast in the Northwest region of Idlib, Syria on Tuesday killed senior members of rebel group the Ahrar-al-Sham brigade (AaS), including leader Hassan Abboud and 45 others including senior members from other rebel alliance groups, reports The Times. The Idlib region stands in AaS territory, but it is close to the front-line with ISIS in neighbouring Aleppo.

Sources dispute the source of the blast, with it being unclear whether it was an opposition group, suicide bomber, or accidental explosion at a nearby ammunition dump. Regardless, the incident will destabilise and possibly tear apart the AaS group and associated Islamic Front Coalition which was recently described as “the most powerful armed group in Syria”.