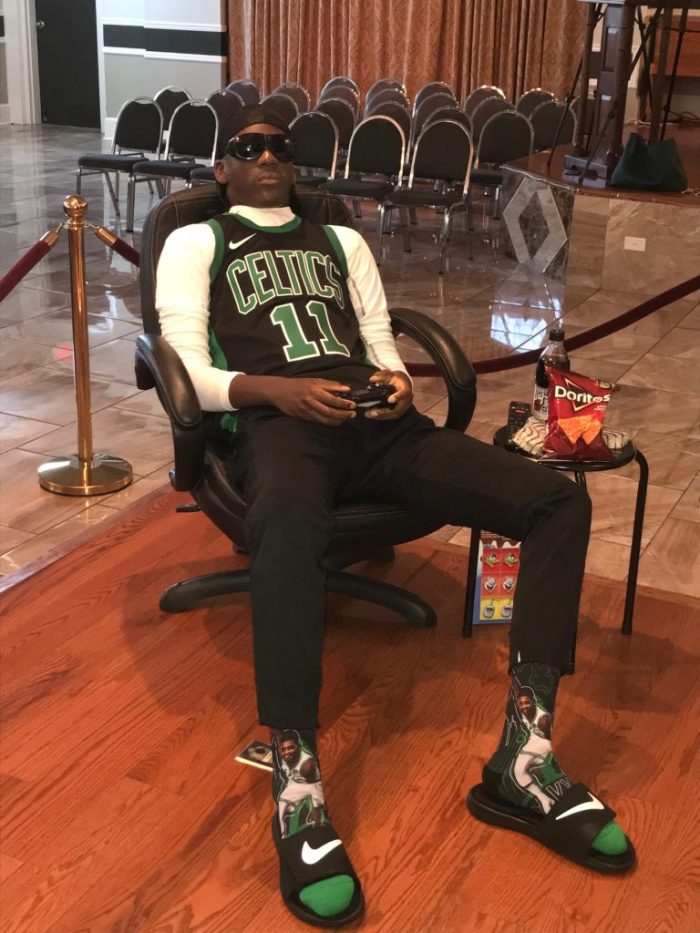 (Fox 5) Renard Matthews was killed in New Orleans two weeks ago.  He was only 18 years old. While the tragedy of losing him so young weighs heavy on his family, they chose to have his body prepared for Sunday afternoon’s wake in a way that they want to remember him, according to WGNO.

At the Charbonnet Labat Glapion Funeral Home in Treme, Matthews was sitting in a chair, video game controller in hand, surrounded by his favorite snacks, and his beloved Boston Celtics on the television screen.