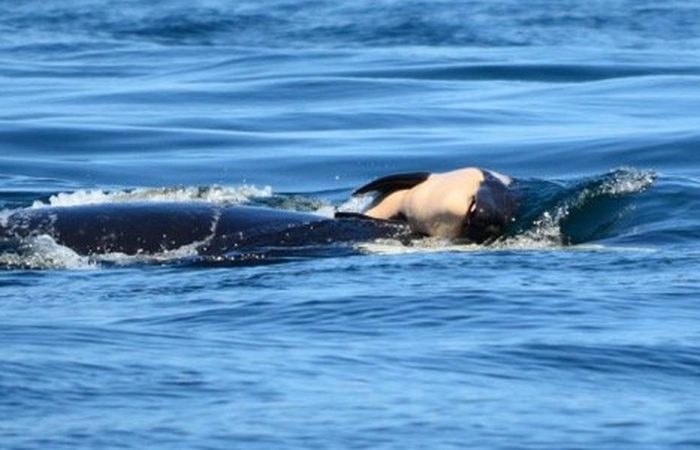 (Seattle Times) A grieving mother orca is falling behind her group as she labors through the water at about 6 knots, continuing to carry her dead calf in a seventh day of mourning.

J35, or Tahlequah, gave birth the morning of July 24 to the calf, which lived for only one half-hour. She has refused to let go of it ever since, carrying the infant either by one fin, or pushing it through the water on her head.

This orca mother has been holding her dead calf afloat for more than a week in a “heartbreaking” ritual.