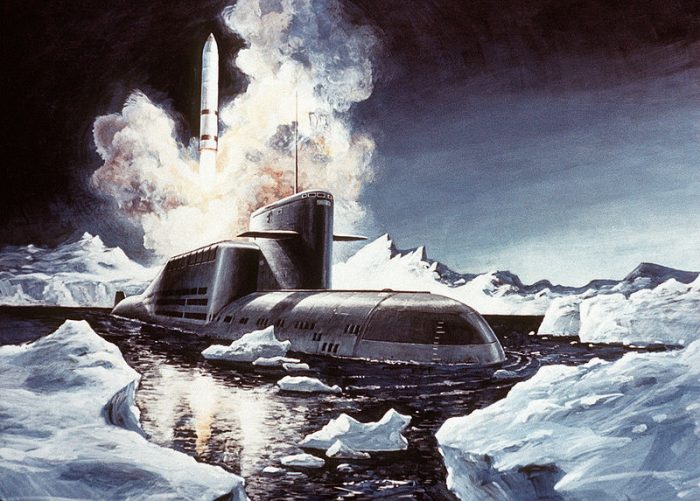 A little more than 30 years ago, God showed Henry Gruver that someday Russian submarines lurking very close to our coastlines would launch an absolutely devastating nuclear first strike on the United States. If you are not familiar with Henry Gruver, he is truly a remarkable man of God, and I do not use that term lightly. He has literally spent thousands of hours prayer walking through cities all over the globe, and signs, wonders and miracles have followed his ministry for decades. He has never sought to make a big name for himself, because his priority has always been following the Lord’s agenda.

So many people today claim to “get a word” about global events, but they don’t actually physically see or hear anything. Of course many of those “words” end up falling to the ground because they were never from God in the first place.

But with Henry Gruver, the things that I am about to share with you were actually physically seen with his own eyes while he was awake. Many refer to such experiences as “open visions”, and they can often be absolutely overwhelming to those that receive them because they are so powerful.

During a time that he was prayer walking through Wales in 1986, God caught Henry Gruver up into the heavens and showed him a future conflict between the United States and Russia. In his vision, submarines that were lurking along our coastlines emerged from under the water and began launching missiles at major U.S. cities. In his account of the vision, Gruver specifically mentioned the cities of New York City, Seattle, San Francisco, San Diego and Tampa. After the vision was over, Gruver asked the Lord when this would happen, and this is what he was told…

“When Russia opens her gates and lets the masses go the free world will occupy themselves with transporting, housing and caring for the masses and will begin to let there weapons down and will cry peace and safety and that’s when it will happen.”

Of course Gruver was given this vision while the Cold War was still raging. The Berlin Wall would not fall until three years later, but once that happened we did see the Iron Curtain come down and Russia did open her gates. In fact, I was fortunate enough to go on a mission trip with Campus Crusade for Christ to Moscow during the summer of 1991.

To this day, many Americans are still crying “peace and safety”, but in reality we are closer to war with Russia right now than we have been at any point since the Cuban missile crisis of the 1960s. In fact, the Russians have already pledged to respond with force the next time the Trump administration attacks Syria.

Henry Gruver has a tremendous track record, but one of the ways that we know that his vision was from God is because it has been confirmed by many others. So many watchmen have also been shown that the Russians will attack the United States someday, and many of them have specifically been shown that the initial attack will involve nuclear missiles launched from Russian submarines.

In another vision, Gruver was shown that a ground invasion will follow the initial attack with nuclear missiles. This is something that has also been confirmed by many others. In a recent interview with Steve Quayle, Gruver discussed these visions. You can find Part I of the interview here…

The videos are rather long, but they are definitely worth watching. You can find Part II of the interview here… Needless to say, a nuclear war between the United States and Russia would be a catastrophe beyond anything that humanity has ever known before. The following is what the executive director of the Los Alamos Study Group had to say about this recently…

But Mr Mello said even a “limited nuclear war” would wipe out large swathes of the US.

He added: “Keep in mind that nuclear war is not one or two Hiroshima-sized bombs.

“It means the collapse of very fragile electronic, financial, governmental, administrative systems that keep everyone alive.

“We’d be lucky to reboot in the early 19th century. And if enough weapons are detonated, the collapse of the Earth’s ozone layer would mean that every form of life that has eyes could be blinded.”

Unfortunately, things with Russia just continue to become even more tense. Both sides have a deep distrust of one another at this point, and both sides continue to rattle their sabers. For example, Russian bombers have violated Alaskan airspace for the last two nights in a row…

For the second consecutive night, Russia flew two long-range bombers off the coast of Alaska on Tuesday, this time coming within 36 miles of the mainland while flying north of the Aleutian Islands, two U.S. officials told Fox News.

Unlike a similar incident Monday night, this time the U.S. Air Force did not scramble any fighter jets.

But before I end this article, I want to make one thing exceedingly clear.

The surprise Russian nuclear attack is not going to happen yet.

That is because there is a series of prophetic events that lead up to the fall of America, and the surprise Russian nuclear attack comes at the very end. My wife and I have studied thousands of prophecies related to the future of America over the years, and the reason why so many of them are so consistent is because they all come from the same source. And there are still a whole bunch of things that have to happen before the fall of America, and so we know that the Russian submarines are not going to attack just yet.

But this will happen someday, and right now the pieces for this future conflict are falling into place right before our very eyes.