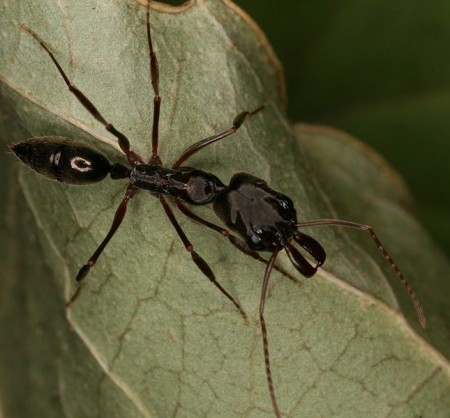 There’s an invasive species conquering new territory in the southeastern United States. It has gnarly jaws, a formidable sting, and the ability to launch itself into the air like a bottle rocket. These insects are known as trap-jaw ants, and they could be heading to a backyard near you.

Most trap-jaw ants belong to the genus Odontomachus, named for their mandibles, or mouthparts, which are capable of opening 180 degrees.

Sorger has been studying these curious insects as part of her PhD research at North Carolina State University. She published a review of the trap-ant species living in the United States with co-authors Joe MacGown, Brendon Boudinot, and Mark Deyrup in the May issue of Zootaxa.