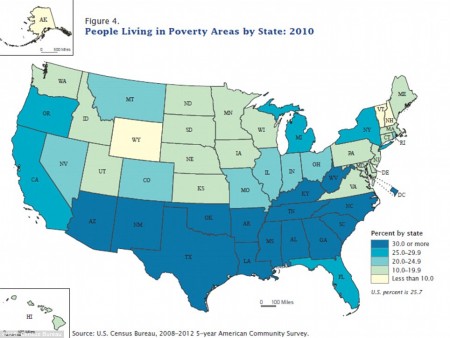 1 thought on “How the South is becoming a solid band of poverty: One in three live in poor neighborhoods”