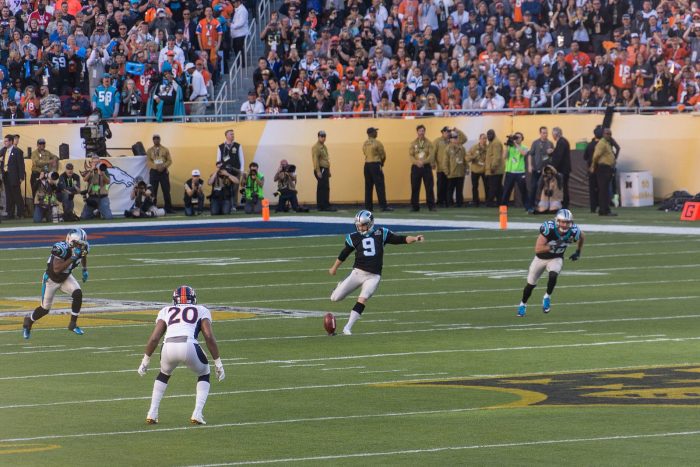 When Carolina Panthers kicker Graham Gano was invited to join his family’s kickball game, he was told that there was just one rule – “just don’t kick it hard.”

This is what happened instead…

Got home today and my fam was playing kickball so I joined in. The only rule is that I’m not allowed to kick it hard. So here is my first at bat…😂 pic.twitter.com/pDeYuiF8yB