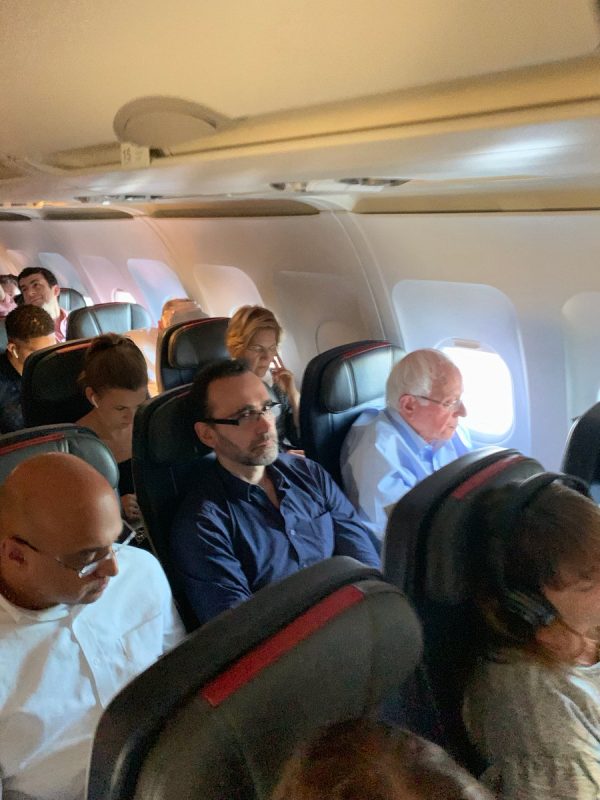 (Fox News) At least they didn’t have to argue over who got the middle seat.

Sanders — unsurprisingly — was seated on the far left of the plane, as he could be in the window seat of the plane. Warren was also in a window seat, one row behind her opponent. (Read More…)