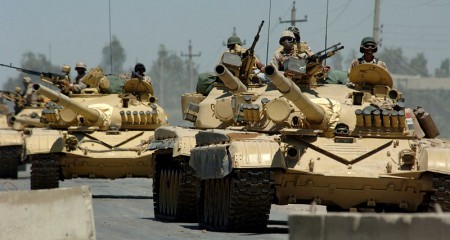 Iraqi troops, security forces and tanks surged into Baghdad on Sunday as political turmoil deepened over who should lead the country.

Military tanks were deployed to several neighborhoods in central Baghdad, two Iraqi police officials told CNN. The officials said there are also significantly more troops in Baghdad’s Green Zone, the secure area where many government buildings, the military headquarters and the U.S. Embassy are located.

The precise reason for the growing number of troops in the Iraqi capital was unclear. But CNN military analyst retired Lt. Col. Rick Francona described it as an “ominous” development that signals the Iraqi Prime Minister doesn’t want to hand over power.