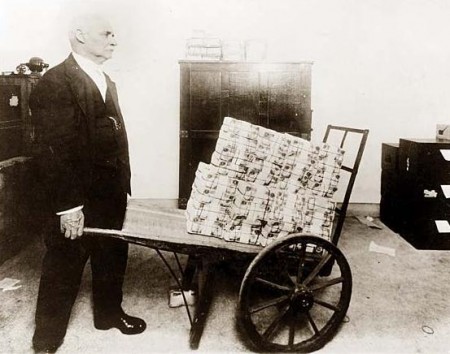 Have you noticed that prices are going up rapidly? If so, you are certainly not alone. But Federal Reserve chair Janet Yellen, the Obama administration and the mainstream media would have us believe that inflation is completely under control and exactly where it should be. Perhaps if the highly manipulated numbers that they quote us were real, everything would be fine. But of course the way that the inflation rate is calculated has been changed more than 20 times since the 1970s, and at this point it bears so little relation to reality that it is essentially meaningless. Anyone that has to regularly pay for food, water, gas, electricity or anything else knows that inflation is too high. In fact, if inflation was calculated the same way that it was back in 1980, the inflation rate would be close to 10 percent right now.

But you would never know that listening to Federal Reserve chair Janet Yellen. In the video posted below, you can listen to her telling the media that there is absolutely nothing to be concerned about…

And it is really hard to get too upset with Janet Yellen.

After all, she reminds many people of a sweet little grandmother.

But the reality of the matter is that she is simply not telling us the truth. Everywhere we look, prices are aggressively moving higher.

Just the other day, the Bureau of Labor Statistics announced that the price index for meat, poultry, fish, and eggs has just soared to a new all-time high.

This is something that I have repeatedly warned would happen. Just check out this article and this article.

And it isn’t just meat prices that are going up. One of the largest coffee producers in the entire world just announced that it is going to be raising coffee prices by 9 percent…

It took the Fed long enough but finally even it succumbed to the reality of surging food prices when, as we reported previously, it hiked cafeteria prices at ground zero: the cafeteria of the Chicago Fed, stating that “prices continue to rise between 3% and 33%.” So with input costs rising across the board not just for the Fed, but certainly for food manufacturers everywhere, it was only a matter of time before the latter also threw in the towel and followed in the Fed’s footsteps. Which is what happened earlier today when J.M. Smucker Co. said it raised the prices on most of its coffee products by an average of 9% to reflect higher green-coffee costs.

Not that coffee isn’t expensive enough already. It absolutely stuns me that some people are willing to pay 3 dollars for a cup of coffee.

I still remember the days when you could get a cup of coffee for 25 cents.