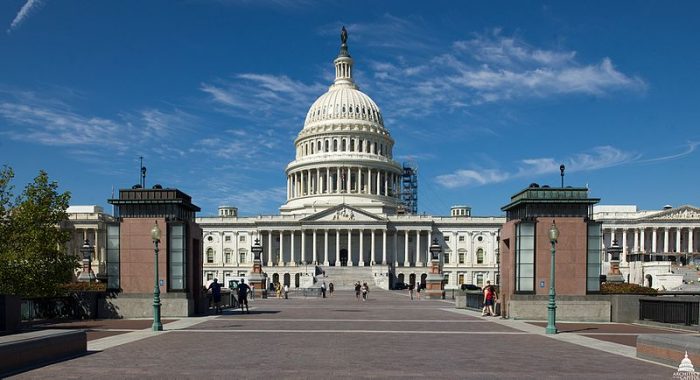 Next month, citizens of Puerto Rico are going to vote on statehood, and the absolutely devastating economic collapse that is gripping the island could be enough to push pro-statehood forces over the edge to victory. Of course Congress has the final say on whether Puerto Rico becomes a state or not, but it is going to be very difficult to deny Puerto Rico’s 3.4 million residents statehood if they strongly insist that they want it. Needless to say, if Puerto Rico becomes the 51st U.S. state that would greatly benefit the Democrats, because the population of Puerto Rico is very liberal.

So if Puerto Rico becomes a state, the Democrats would add two new senators and probably four or five representatives.

Puerto Rico would be the 30th largest state in the entire country, and so it would instantly have more political power than 21 other U.S. states.

This upcoming vote on June 11th is going to be extremely important, and pro-statehood forces are working very hard to get a positive result. The following info about the referendum in June comes from Wikipedia…

The fifth referendum will be held on June 11, 2017 and will offer two options: “Statehood” and “Independence/Free Association.” It will be the first referendum not to offer the choice of “Commonwealth.” Newly-elected Governor Ricardo Rosselló is strongly in favor of statehood for Puerto Rico to help develop the economy and help to “solve our 500-year-old colonial dilemma … Colonialism is not an option …. It’s a civil rights issue … 3.5 million citizens seeking an absolute democracy,” he told the news media.[30] Benefits of statehood include an additional $10 billion per year in federal funds, the right to vote in presidential elections, higher Social Security and Medicare benefits, and a right for its government agencies and municipalities to file for bankruptcy. The latter is currently prohibited.[31]

At approximately the same time as the referendum, Puerto Rico’s legislators are also expected to vote on a bill that would allow the Governor to draft a state constitution and hold elections to choose senators and representatives to the federal Congress.[31]

Over the past decade, Puerto Rico has been suffering through a nightmarish economic recession that never seems to end. The island was recently forced to declare the equivalent of bankruptcy because it is facing $123 billion in debt and pension obligations. At this moment 46 percent of the residents of Puerto Rico are living below the poverty line, the unemployment rate is 11 percent, and authorities just announced that another 179 public schools will be closing down.

It has been argued that the Obama administration could have done much more to alleviate the economic problems in Puerto Rico but that it purposely chose not to do so.

Well, the worse economic conditions get in Puerto Rico, the better it is for pro-statehood forces. Puerto Ricans are being told that becoming a state is the key to Puerto Rico’s long-term economic future, and at this point many are willing to do just about anything to get the economic suffering to end. The following is a short excerpt from a New York Times article entitled “Amid Puerto Rico’s Fiscal Ruins, a New Push for Statehood“…

A vigorous push for statehood was a central campaign promise of Gov. Ricardo Rosselló, 38, who was inaugurated in January. Next month, he will ask residents to vote, in a nonbinding referendum, for statehood as part of a long-term fix for a commonwealth facing a period of severe austerity that is likely to include shuttered public schools, frozen salaries, slashed pensions and crimped investments in public health. The island remains in the grip of a recession that has lingered for much of the past decade.

Could it be possible that this is what liberals have wanted all along?

Could it be possible that Obama and his minions saw Puerto Rico as a chess piece that could be used to permanently shift the balance of power in Congress?

Of course if Puerto Rico becomes a state that would have implications for presidential elections as well.

In the end, it will be Congress that decides what the fate of Puerto Rico will be, but if the people of Puerto Rico truly want to become the 51st U.S. state it is going to be really hard to deny them that opportunity indefinitely.

Last year at their national conventions, the Democrats and the Republicans both took the position that the citizens of Puerto Rico should be able to make this decision for themselves. But once faced with a final decision, it is inevitable that many Republican members of Congress would be opposed to statehood.

Personally, I believe that either independence or “free association” would be much better for Puerto Rico, and let us hope that the people of Puerto Rico choose that direction.

But when people are really hurting, they will often grasp any sort of olive branch that is being offered to them, and right now the progressives are really pushing statehood.

Of course for strategists on the left, the goal is not to help the suffering people of Puerto Rico.

Rather, the endgame is complete domination of the U.S. political system by any means necessary.