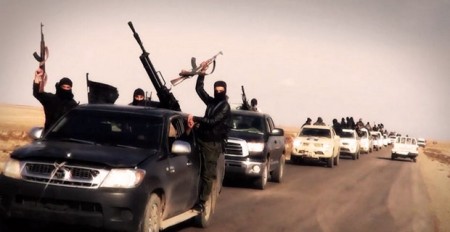 Militants associated with the Islamic State of Iraq and Syria (ISIS) captured the Lebanese city of Arsal in fighting that began on Friday and continued Monday.

According to The Telegraph, a Syrian rebel group set up check-points in the border city but have not yet declared the area as part of the caliphate. In addition to 40,000 residents, there are roughly 120,000 refugees living in Arsal.

The conflict broke out after the Lebanese Army arrested Abu Ahmad al-Jumaa, a former commander in the Free Syrian Army who later declared allegiance to ISIS. Officials said they arrested Jumaa because he planned to attack an army outpost.

Since the Syrian Uprising began in 2011, an estimated one million refugees have crossed the nearly 250 mile border from Syria into Lebanon, a number expected to hit 1.5 million by the end of 2014 The United Nation’s Refugee Agency predicts.