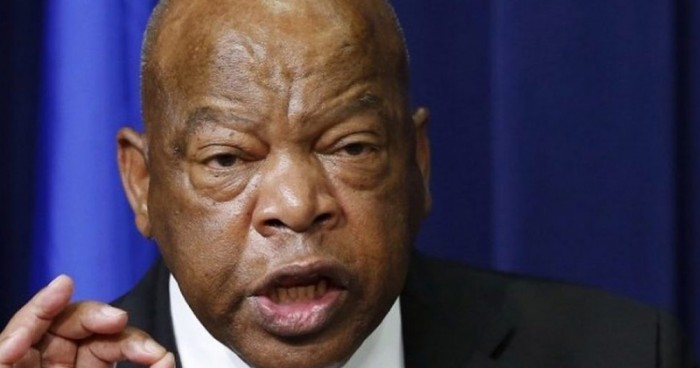 Democratic Rep. John Lewis said he does not see Donald Trump as a legitimate president on NBC’s “Meet The Press,” saying a Russian “conspiracy” to help him win invalidated the result.

“I believe in forgiveness, I believe in trying to work with people,” he told Chuck Todd in an interview clip published Friday, when asked whether he would “forge” a relationship with Trump. “It’s going to be hard. It’s going to be very difficult. I don’t see this president-elect as a legitimate president.”