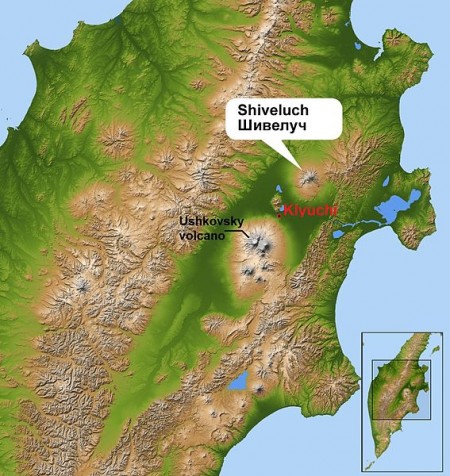 Shiveluch, one of the largest and most active volcanoes of Russia’s far-eastern Kamchatka Peninsula, has spewed a plume of ash as high as 8 km into the air, the Kamchatka Emergency Service reported on Sunday. “The wind is driving the ash cloud southeastwards. There are no populated centers along its path,” the report says. Although no ash fallouts have been registered in the Ust-Kamchatsky district, rescuers have recommended tourist operators to cancel tours in the vicinity of the volcano. The orange-level volcanic alert has been issued for aircraft flying over the peninsula. It’s the second ash plume ejected by Shiveluch since the beginning of July. On July 1, a cloud of ash shot up 7 km above sea-level. The town of Klyuchi with a population of 5,000 is the nearest community to the 2,500-high volcano, 45 km away from it. After Shiveluch intensified in May 2009, a crack about 30 m deep appeared in its dome.