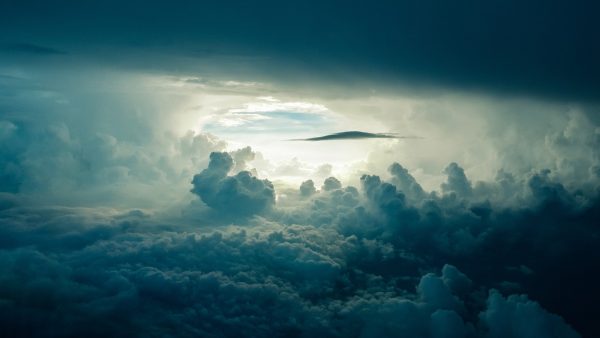 In this hour, God is impressing upon so many people the urgency of what we are facing, but most of the church refuses to listen.  A “perfect storm” is rapidly approaching, and yet even most believers have no idea that it is coming.  Katie Troutman just emailed me two dreams, and the one that I want to share with you today really fits with this theme…

I had a dream approximately seven years ago. This was before I knew a storm was actually coming.

This , was a wake up dream from my best friend and Heavenly Father.

I love him so much and looking back, I am so grateful that He spoke to me in this way.

Now, I know t hat I know with certainty what is coming.

I know because He showed me through vivid, detailed, God inspired dreams with His thumbprint on each one. Just like the book of Joel speaks of in the latter days when He pours his spirit out on all flesh.
I know they are true because each one I had at the time I had zero knowledge of anything like this happening.

They were all either full of scripture or Him standing right there or His voice or instructuons. Or geographical locations that I knew nothing about … shape nor size. Yet, He showed me the exact shape that’s on the map.

The thing I am most grateful to Him for is that at the same time He was waking me up and giving me all of these dreams unbeknownst to me he was giving them to ALL of you as well!

Isn’t He wonderful? He did things in such a way with each of us personally that nothing or no ones efforts could shake or change what we know is true and surely to come at some point in time.

This is the fIrst dream I had about a storm coming to North Carolina.

My husband and I worked at one of our local churches at the time.

In the dream my pastor and His wife as well as my husband and myself were on the beach in North Carolina.

There was a HUGE storm coming in … like a hurricane with really strong wind gusts.

The wind was blowing with so much force you could hardly stand.

I kept telling my pastor but he wouldn’t listen to me. In fact in the dream it showed him ignoring me warning him that a storm was coming and that we had to leave NOW. Instead he was trying to set up a church service over the water and down the pier.

I kept thinking he’s not hearing me and he’s taking people into the water.

What is he doing?!

Why won’t he listen to me?

The scene changed from me trying to convince him to leave to standing on the beach in the sand , winds blowing , facing my husband . It was so weird what God had him doing.
I didn’t understand it at the time until later when I understood all of this is really going to happen and what most people act like when you warn them about the ‘storms ‘ that are coming.

I was facing my husband and He was about ten feet away. Winds were blowing so strong you could barely hear and I said, ” A huge storm is coming and we have to get out of here. ”

I wish there was a way to convey how God had him say it in the dream and he kept saying it’s okay it’s alright to everything I said standing on that beach , sand in our toes with a huge storm coming!

I was like we’ve gotta go . We have to get out of here.

It’s okayyyy … It’s Allllrightttt….
and my pastor was trying to have church service on the water!

The scene changed and the storm was rolling in while we were loading into a moving
truck.

I HAD no idea at the time what that meant.

I kept wondering why a huge moving truck?

We needed to move from our home state due to what God was going to show me in the future.

I guess looking back, this was my first intro into the storm on the East Coast of America.

So, that is how the Lord ended that night vision. We we’re trying to evacuate in a tremendous sized moving truck as the storm was approaching and I was trying hard to convince every one I could that this was real and they needed to leave but nobody got it.

They were all fine and operating business as usual. I was screaming to people at the end begging them to get on the truck with us and no one would.

In His Love,
Katie Troutman