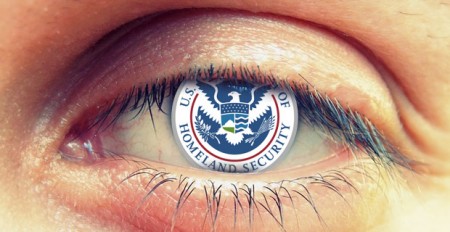 Five Californians are fighting the Department of Justice in court over the fact that they have been entered into a terrorism database over entirely innocent activities such as taking photographs, buying a computer, and even waiting for relatives to arrive at a train station.

Court House News reports that the ACLU and the Asian Americans Advancing Justice-Asian Law Caucus are representing the plaintiffs, who have been entered into a “Suspicious Activity Reports” (SAR) database, and could remain on it for decades to come.

The database is part of a federal government program which encourages local and state law enforcement to report any “suspicious activity” they believe could be related to terrorism. The database is just one of many managed through the Department of Homeland Security’s controversial fusion centers.

According to a government report, over 35,000 names had been added to the database by 2013.

“An individual who is reported in a SAR is flagged as a person with a potential nexus to terrorism and automatically falls under law enforcement scrutiny which may include intrusive questioning by local or federal law enforcement agents.” the legal complaint notes.

“Even when the Federal Bureau of Investigation concludes that the person did not have any nexus to terrorism, a SAR can haunt that individual for decades, as SARs remain in federal databases for up to 30 years,” the complaint adds.