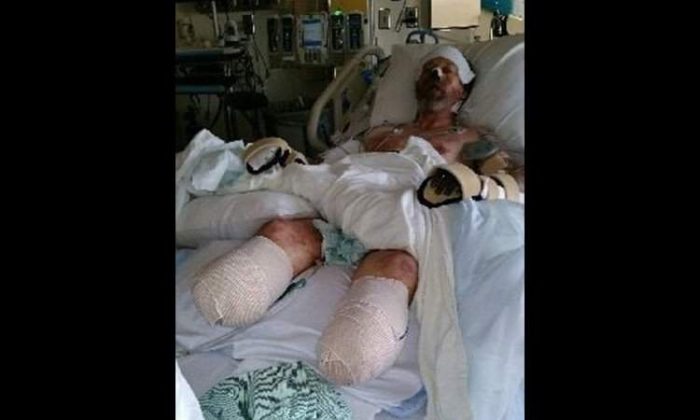 (Yahoo) Doctors have been forced to amputate a man’s legs and parts of his hands after he suffered sepsis believed to be caused by being licked by a dog.

Greg Manteufel, 48, was exhibiting flu-like symptoms and becoming delirious when bruises began appearing across his face and body. His wife, Dawn Manteufel, watched the bruises grow as she rushed him to the hospital, later telling local news outlet WITI it “looked like somebody beat him up with a baseball bat.”

A Wisconsin man had his legs and hands amputated after a lick from a dog caused severe infection https://t.co/fzCx6t6sPF