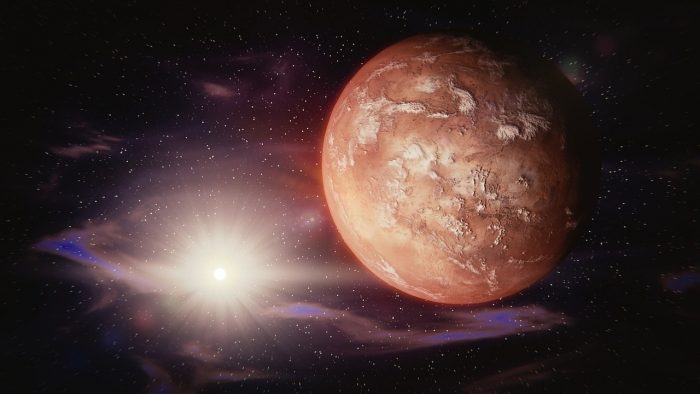 (The Daily Mail) Stargazers will be treated to a much clearer view of the red planet tonight, as Mars will appear bigger and brighter in the night sky than it has for the last 15 years.

Throughout the month of July, the orbits of Mars and Earth have been steadily aligning in a rare phenomenon known as ‘perihelic opposition’, which occurs when Mars, Earth, and the sun align – with our planet in the middle.

As a result, Mars will appear almost three times larger than normal in the night sky.

Add planet gazing to your evening plans! 👀 Tonight, Mars will be 35.8 million miles from Earth, which is the closest it has been to Earth in 15 years, making it a perfect opportunity to spot the Red Planet in clear skies. Details: https://t.co/1yKi0VsXno pic.twitter.com/VeK2bVGIGt