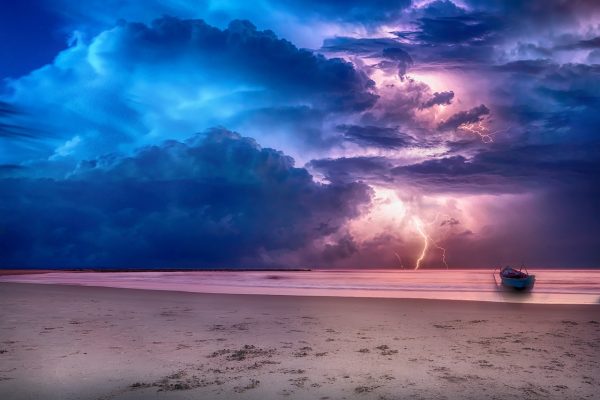 So many have been feeling like we are in “the calm before the storm”.  In fact, my wife and I have been talking about how all the pieces of the prophetic scenario have been slowly moving into place, but meanwhile most the church has been in a deep state of sleep.

Today, I want to share a dream with you that was just sent to me by Marty Breeden.  This dream perfectly resonates with what Meranda and I have been feeling.  A storm is coming, and most people are completely and utterly unprepared what what is about to happen…

August 9, 2019
I had a Very vivid dream of being at a beach.
The beach was full of people playing in the waters and also on the beach itself.
As everyone else was playing, I recall looking out over the ocean.
I saw in the distance a large storm gathering.
I was IMMEDIATELY struck by the size of this storm!

As I looked back over the people they seemed totally oblivious to this coming storm!

I then ran to the shore as quickly as I could to get a better look and the storm had GROWN MASSIVELY and I could see the swirling Blue, Gray and Black clouds and it was coming DIRECTLY for us!

Now this may seem insignificant, but I feel it’s not.
I knew I was going to need some supplies for myself and others.
I ran back to my room and tried to gather a few things.
I found a large fixed blade knife that I knew would be useful.
It was a Military knife.

(I know this because I have one of these KABAR knives, I think this is HIGHLY significant because it represents our Military!)

However, I realized the blade was broke off at the handle…
COMPLETELY broken in half!

I ran back outside for one more look and the storm was upon us…
MUCH FASTER than I or ANYONE could have anticipated!

It hit with the FORCE OF A HURRICANE…
As best I could see, no one else seemed to notice it was even coming and they were caught in the very midst of it!!

My friends, without being too dramatic, I can tell you that the storm clouds of Armeggedon are gathering on the horizon, and soon many will hear the hoofbeats of the “4 Horseman of the Apocalypse”!