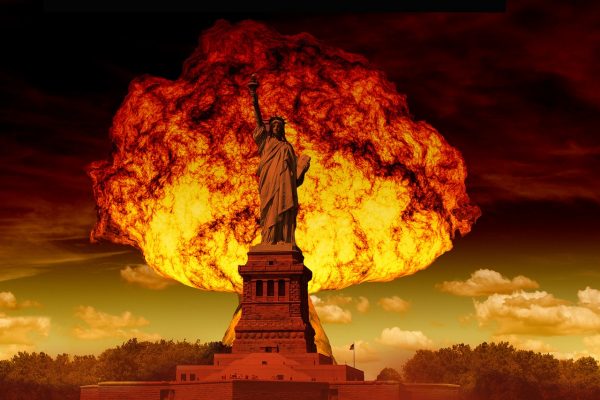 A little over four years ago, Marty Breeden went “code blue” twice and almost didn’t come back.  During that experience, the Lord directly gave him this message: “MY CHURCH DOES NOT REALLY BELIEVE THAT I’M COMING BACK SOON!!!”

Since that time Marty has been shown many things that are going to happen to America.  On March 25, 2017, he was shown that one day Russia will attack and nuclear missiles will suddenly hit targets all over the United States…

Early morning on March 25th 2017, I was given a dream in the middle of the night, which was one of the more frightening dreams I’ve ever seen.

I saw multi-stage Inter Continental Ballistic Missiles (ICBM’s) flying over the skies of America’s rural country areas. It was a clear morning as they flew over a downtown area that was low traveled and quiet.

I saw a white church steeple sticking above the green, very green, trees as this missile began to break up into different stages with one going to one predesignated target and another toward another predesignated target. It was a multi-stage rocket that exploded over the top of different areas in country communities. When I first noticed the church steeple and the green trees around it, I remember thinking it looked kind of plastic and almost not real, but then I was immediately transported to looking above the landscape and standing about the landscape, almost like Puppet Masters, were men discussing these attacks. I saw several world leaders who were very obvious to me and others who were not so much. I definitely saw Vladimir Putin holding a teaching stick and pointing to different areas on this map that were going to be struck and that we’re going to be hit.

These men were talking about the different megaton bombs that would be used for these sudden strikes. I kept hearing one of them mention the number 8. I wasn’t sure if that was power or locations or even time, but for part of the conversation they were mentioning that number.

As I was allowed to listen in, I heard this nuclear attack was being discussed as a foregone conclusion and not something that was being planned, but going over that which HAD already been planned. Putin was showing what the effectiveness would be on that morning.

I saw life being carried on as normal with men playing golf and people shopping. It appeared to be a weekend day.

Then I saw myself in the role of a Police Officer in full uniform and wearing gear that I do not currently have. We were called to attend to needs in an urban area as it seemed all hell was breaking loose. Even now, I can see the smoke, and the drug overdoses, and the people going insane because of what had happened. I heard the calls coming in on the police radio that people were dying and fighting and looting. As Law Enforcement, we knew we were not going to be able to handle the volume of calls that were incoming on this day. There was a knowing among us as we responded that most people were going to be on their own.

I saw cars catching on fire alongside the road. People were standing helplessly by their cars, too shocked to even ask for help. Hysteria does not even begin to capture the looks on their faces.

When I could hardly stand to look upon the pain anymore, I awoke!!

The really fascinating aspect of this dream was the next morning as I was putting on all my police gear, my wife walked into the room to ask if I had rested and slept well. I told her no I had not because I had a very sobering dream about America and nuclear war. Then my wife, who NEVER dreams said, “Oh my Marty, I too had a dream last night about America being invaded and a coming attack.”

She went on to accurately describe what she saw, which was very reminiscent of some of the newer smaller thermonuclear weapons. She described soldiers on American soil that WERE NOT Americans. In 25 years of marriage this has NEVER happened with my wife and I, having the same type and theme of dream on the same night.