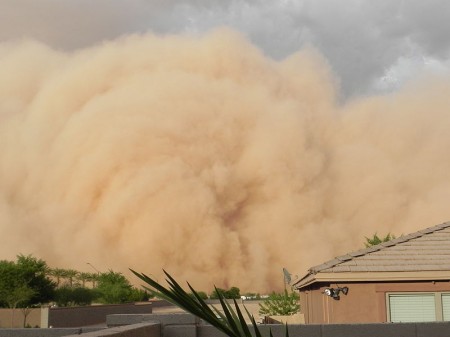 The first dust storm of the summer blasted Phoenix Thursday night with strong and blinding winds that forced the cancellation of holiday plans, knocked out power to thousands, and grounded numerous flights.

All inbound and outbound traffic at Sky Harbor International Airport was halted after 8 p.m. PDT as a result of the storm, airport spokeswoman Julie Rodriguez said.

Operations had resumed by 8:45 p.m., but not before 24 planes had been diverted to other airports, she said.