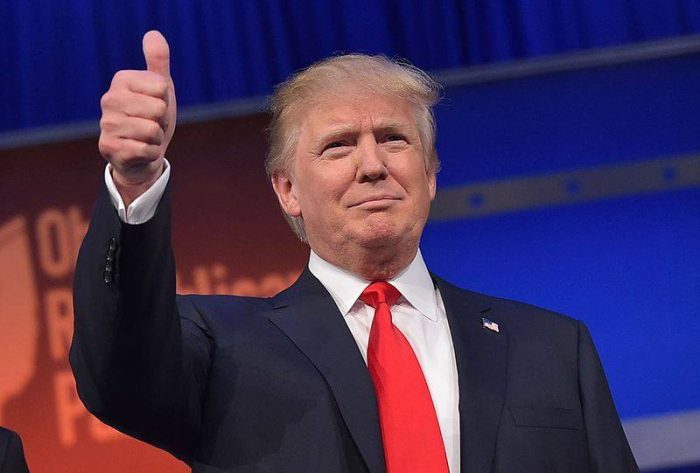 Literally dozens of pro-Trump candidates are running for seats in Congress in 2018, and the establishment is really starting to freak out about this. If having Trump in the White House was a nightmare for them, how are they going to respond once his allies start taking control of Capitol Hill? For a very long time I have been saying that the 2018 mid-term elections are going to be the most important in modern American history. They will inevitably be a referendum on Trump and his policies, and I believe that the American people will support Trump wholeheartedly.

Personally, I am running as a pro-Trump candidate in Idaho’s first congressional district. Trump supporters have been flocking to my campaign, and it is absolutely amazing how much momentum we have built up over the past few months.

At first my opponents were very polite to me because they didn’t see me as a threat. But then they started seeing numbers that showed how well I was doing, and now the claws are coming out.

It is funny how the attacks against me and other pro-Trump candidates around the nation sound almost exactly like the attacks that are constantly being hurled at Trump himself. But like Trump, we are refusing to be intimidated and we are keeping our eye on the ball. Our campaign website is getting the most visits of any of the candidates, our Facebook page has the most likes, and we won the most recent online poll by a very wide margin. We need your help to keep the momentum going, because the establishment is likely to continue to hammer me with attacks up until election day.

Other pro-Trump candidates are getting a lot of heat as well. One of the candidates that I really like is Tom Campbell of North Dakota…

In his ads and in this latest interview, Campbell has made it clear that he’s aligning himself with President Donald Trump, citing Trump’s popularity with North Dakotans. He also credits a roaring stock market and low unemployment to the president’s influence, although those are trends that arguably began during Barack Obama’s presidency.

Campbell wants to repeal the Affordable Care Act (months after such an effort by GOP lawmakers failed) and is keeping a “close eye” on where Trump lands on the North American Free Trade Agreement.

But since Campbell has aligned himself so closely with Trump, he is even getting attacked by members of his own party. In fact, state representative Roscoe Streyle (a Republican) recently said that he does not believe that Campbell has any chance of beating incumbent Heidi Heitkamp (a Democrat)…

He faces an uphill battle, not only against Heitkamp but against his own party here. At least one of his own party in the state thinks Campbell is wasting his time.

“I don’t think Tom Campbell can beat Heidi in any way, shape or form,” state Rep. Roscoe Streyle, R-Minot, said in this weekend’s report. “I just don’t think he has what it takes, from a raising money standpoint, to being able to debate her, to a record that would show he’s done anything in the Legislature.”

If that is what members of his own party are saying about Campbell, what are the Democrats going to throw at him?

Another pro-Trump candidate that is getting relentlessly attacked is Marsha Blackburn of Tennessee. One of the things that is great about her is that she is “politically incorrect and proud of it”…

Calling the place she wants to work “totally dysfunctional” and “enough to drive you nuts,” Blackburn touts that she is a “hard core, card-carrying Tennessee conservative. I’m politically incorrect and proud of it.”

“So, let me just say it like it is: The fact that our Republican majority in the U.S. Senate can’t overturn Obamacare, or will not overturn Obamacare — it’s a disgrace,” the eight-term congresswoman continues. “Too many Senate Republicans act like Democrats — or worse. And that’s what we have to change.”

She is a very solid pro-Trump conservative, and there is nothing about her that should upset anyone. The following summary of what she stands for comes from her official website…

All of that sounds good to me, but her opponents are calling her a “wing nut” and a “knuckle-dragging conservative”…

“I know the left calls me a wing nut, or a knuckle-dragging conservative. And you know what? I say that’s all right, bring it on,” Blackburn says.

In 2018, we need to stand with pro-Trump candidates for Congress such as Campbell and Blackburn. And you can find a list of close to 30 such candidates on Facebook right here.

In addition, if you would like to learn more about my pro-Trump campaign for Congress, please visit MichaelSnyderForCongress.com. We are trying to take our government back, and 2018 can be a major step in the right direction. But we have all got to work together, because the attacks against us are going to be quite fierce.