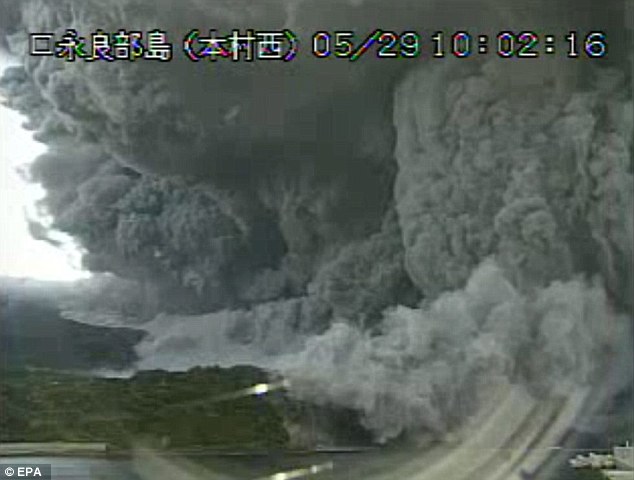 A volcano has erupted on a small island in southern Japan leading to a mass evacuation.

Mount Shindake erupted in a spectacular fashion at 10am local time today (2am BST), spewing plumes of black smoke over five miles (9km) into the sky.

No injuries have been reported, but the Japan Meteorological Agency said pyroclastic flows – dense currents of rock fragments and hot gases from the volcano – have reached the shore to the northwest of the island, which lies in Kagoshima Prefecture.