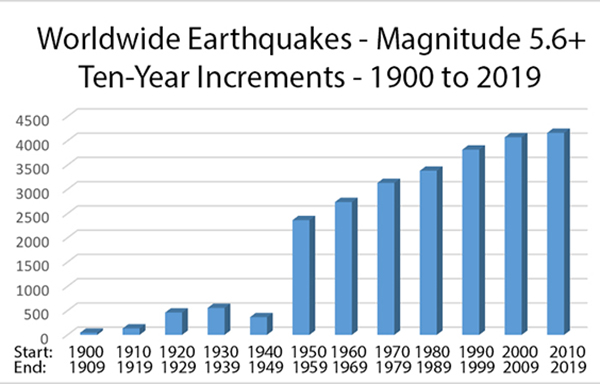 The chart shows earthquakes over 5.6 magnitude because that is the threshold for major destruction. Amazingly, the final decade, 2010 to 2019, is still in progress with over three years still remaining, but it has already exceeded all previous periods. The trend is clearly up and accelerating.