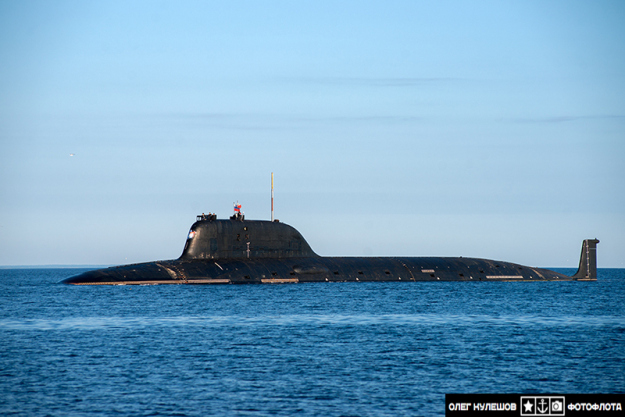 One of the U.S. Navy’s top submarine officers was so impressed with Russia’s new Project 885 nuclear attack boats that he had a model of K-329 Severodvinsk built for his office.

Rear Adm. Dave Johnson, Naval Sea Systems Command’s (NAVSEA) program executive officer (PEO) submarines said he had the model of Severodvinsk placed outside his office in a common area so that he could look at it every day on his way to his office.

“We’ll be facing tough potential opponents. One only has to look at the Severodvinsk, Russia’s version of a [nuclear guided missile submarine] (SSGN). I am so impressed with this ship that I had Carderock build a model from unclassified data.” Johnson said last week during the Naval Submarine League’s symposium in Falls Church, Va.