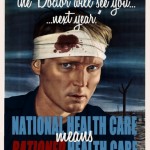 A new “reality check” website launched Monday by the Obama administration claims that health care reform “would not add one penny to the deficit”.  This is despite the fact that the two health care reform bills that have been analyzed by the Congressional Budget Office are predicted by the CBO to increase the deficit by 239 billion dollars and 1.042 trillion dollars respectively.

A preliminary injunction to stop mandatory vaccinations has been issued in the United States District Court of New Jersey.

Thousands of Americans are foolishly lining up to be guinea pigs for swine flu vaccine trials.

A large cargo ship simply “disappeared” in the English Channel recently, and nobody knows where it is.

Israel’s Counter-Terrorism Bureau is urging their citizens in Sinai to “leave immediately”.

Pakistan’s nuclear facilities have been attacked at least three times by Islamic terrorists in little-reported incidents over the last two years.

The National Governors Association sent a strongly worded letter on Friday to the Department of Defense condemning what they regard as an effort to usurp domestic control of National Guard and federal forces deployed in the event of a natural disaster or terrorist attack.

A team of researchers have concluded that doctors should stop giving Tamiflu to children as a routine treatment for swine flu after finding that the drug can cause more harm than good.

Has Barack Obama made a back room deal with pharmaceutical lobbyists?

In a comprehensive nationwide study conducted by Dr. Brian Ray of the National Home Education Research Institute, homeschoolers were found to have scored 34 to 39 percentile points higher than the norm on standardized achievement tests.

The Washington Post is hyping up a big return for the swine flu in the fall.

Earthquakes continue to be on the rise – a pair of major earthquakes just hit Japan and the Indian Ocean.

What are these endless wars doing to the soldiers who end up returning back home?

U.K. ministers are pressing the European Commission to speed up approval of genetically modified crop varieties.

A new study has revealed that the risk of cancer for Hispanics living in Florida is 40 percent higher than for those who live in their native countries.

Lastly, are horses being killed in south Florida for their meat?