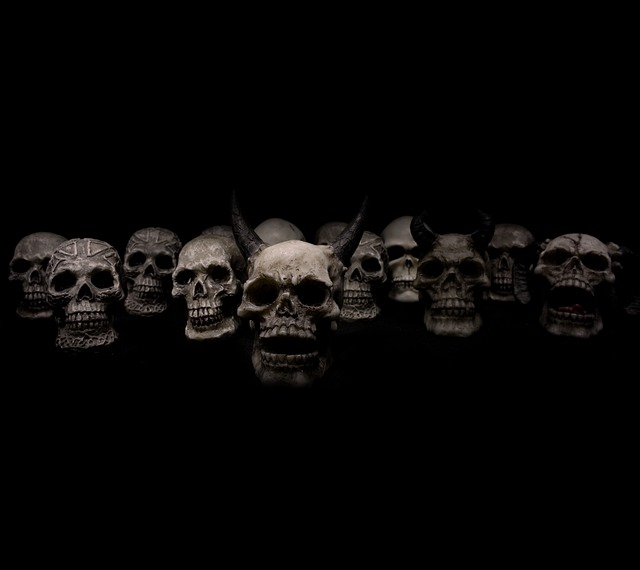 A soccer game between the national teams of Germany and the Netherlands was canceled due to terror concerns on Tuesday, but this is only just the beginning. From now on, very few people will be able to attend large gatherings in the western world without thinking about the possibility that they might be shot or blown to bits. This is how terrorism works – it instills fear in people. And that is why the recent attacks in Paris were so effective. By striking random targets such as a rock concert, a precedent has been set that an attack can happen anywhere and at any time. The target does not have to be politically significant or related to the war on terror in any way. Just a few of these random attacks would be enough to cause mass paranoia among the hundreds of millions of people that live in Europe and North America, and now that radical Islamists are starting to understand this, all hell is breaking loose.

And of course this is all part of a larger trend. All over the planet, terror is on the rise. In fact, according to a stunning new study that was just released the number of people around the world killed by terrorism increased by 80 percent from 2013 to 2014.

Now that Pandora’s box has been opened and crazed lunatics are realizing how effective terror can be in manipulating the emotions of the masses, will we ever be able to get life back to “normal” again?

If you are not familiar with the concept of “Pandora’s box”, the following is how Wikipedia defines it…

Pandora’s box is an artifact in Greek mythology, taken from the myth of Pandora’s creation in Hesiod‘s Works and Days.[1] The “box” was actually a large jar (πίθος pithos)[2] given to Pandora (Πανδώρα, “all-gifted”, “all-giving”),[3] which contained all the evils of the world. Pandora opened the jar and all the evils flew out, leaving only Hope inside once she had closed it again.

Today the phrase “to open Pandora’s box” means to perform an action that may seem small or innocent, but that turns out to have severely detrimental and far-reaching consequences.

As I mentioned above, a major international soccer match that Angela Merkel was scheduled to attend was canceled on Tuesday due to terror concerns. According to CNN, there was “concrete intelligence that someone wanted to set off an explosive device inside the stadium”…

Chief Volker Kluwe told NDR that authorities “had concrete intelligence that someone wanted to set off an explosive device inside the stadium.” The tip from federal authorities forced the cancellation of the Netherlands-Germany match about one-and-a-half hours before game time.

Could you imagine what would have happened if there had been a major explosion in a packed stadium like that?

It is only a matter of time before the NFL, the NBA and Major League Baseball are facing the exact same kinds of threats.

We live at a time when our headlines are being dominated by terror. Just remember what happened last month. The downing of the Russian passenger plane in Egypt was a huge international story, and it has now been confirmed that it was a “homemade explosive device” which destroyed it…

Russia’s Federal Security Service (FSB) said Tuesday that a Russian passenger plane that crashed in Egypt’s Sinai last month killing all 224 aboard was blown up by a homemade explosive device.

Alexander Bortnikov, the FSB’s chief, told Russian state media that “traces of foreign explosives” were found in debris recovered from the crash site.

Thanks to years of very foolish decisions by our government and others, the Middle East has become totally destabilized. War and civil conflict are the rule rather than the exception, and radical Islam is on the rise. We were quite naive to think that we could “keep it over there”. The truth is that what we have experienced so far is just the leading edge of what is coming.

But that doesn’t mean that we should roll out the red carpet for groups like ISIS like Barack Obama apparently wants to do. His administration wants to aggressively resettle Syrian refugees all over America, and in recent days this has prompted a tremendous backlash from Republican lawmakers…

In addition to the mostly Republican governors, GOP members of Congress — including the chairmen of the Senate Armed Services, Senate Intelligence and House Homeland Security committees — have called for a halt to admitting Syrian refugees. A House Judiciary subcommittee will consider security concerns related to Syrian refugees later this week.

Yes, there are many Syrian refugees that are legitimately fleeing the horrible war in their homeland and that need international help.

But there are also many Syrian refugees that fully agree with the goals of groups like ISIS. The following comes from Gateway Pundit…

A poll released in November but ignored by the mainstream media shows a third of Syrian refugees do not want the Muslim terrorist group ISIS defeated.

The survey results buttress concerns by the dozens of U.S. governors who have announced opposition to President Barack Obama’s plan to import 10,000 Syrian refugees over the next year.

The poll shows thirteen percent of Syrian refugees have a completely positive opinion of ISIS with another ten percent having mixed feelings on the terror group, suggesting that nearly one quarter are open to recruitment by ISIS.

So how do we separate the “good refugees” from the “terrorists”?

It is not as easy as some are suggesting. Deputy National Security Adviser Ben Rhodes went on “Meet the Press” over the weekend and insisted that we “have very extensive screening procedures for all Syrian refugees who would come to the United States”, but others are directly challenging that claim. One of those individuals is former congressman Peter Hoekstra…

Peter Hoekstra spent 18 years in Congress and spent much of his time focused on intelligence matters. He is now with the Investigative Project on Terrorism and is the author of “Architects of Disaster,” which outlines the failure of the Obama administration’s policy in Libya.

“I think (Rhodes) basically lied to the American people,” Hoekstra told WND and Radio America. “He said we’ve got a good vetting process in place where we can vet those that are coming from Syria into the United States.”

He continued, “No we do not. The records don’t exist in Syria, especially after you’ve had five years of civil war. We don’t have a relationship with the regime. It’s an ungoverned area. We don’t know who these people are. Ben, shame on you for even implying that we’ve got a good vetting system. We’re lucky if can get the names right.”

So there you go. The Obama administration is clearly not telling us the truth, but after seven years of endless deception we should expect that by now.

The reality of the matter is that Obama and his minions don’t really have any real strategy for dealing with ISIS or defeating Islamic terror. In fact, just this week Obama said that “what I’m not interested in doing is posing or pursuing some notion of American leadership or America winning”.

Barack Obama, Hillary Clinton and the rest of the clowns in charge of foreign policy in Washington have spent years destabilizing the Middle East, arming radical Islamists and creating ideal conditions for terror groups such as ISIS to grow.

And now that their “grand experiment” is blowing up in their faces, they have no idea how to respond.

When you make a deal with the devil, you shouldn’t be surprised when it backfires.

With their hands raised high in the air, as you see in this photo taken moments before the attacks began, Paris fans at the Eagles Of Death Metal concert made the Satanic “devil horns” salute without seemingly a care in the world. Amazingly, the song that was playing the moment the shooting started was called ‘Kiss The Devil‘, and here are some of the lyrics from that tune:

“Kiss The Devil” – by Eagles Of Death Metal

For years, Obama and his minions have been trying to use radical Islam. We saw this with the “Arab Spring”, we saw this in Libya, and Obama was really hoping that radical Islamists would overthrow President Assad in Syria.

We spent millions training, arming and organizing radical Islamic warriors, and Obama hoped that they would do his bidding.

Instead, they have taken over large portions of Syria, Iraq and Libya using American weapons, and now they are conducting terror attacks against western targets.

Obama kissed the devil, and now all hell is breaking loose.

Unfortunately for all of us, nobody is going to be able to stop this nightmare now that it has been unleashed.