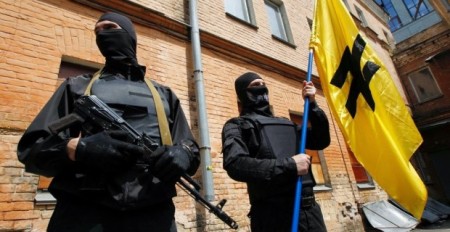 The bipartisan Ukraine Freedom Support Act of 2014, introduced by Senators Robert Menendez (D-NJ) and Bob Corker (R-TN), is set to be discussed by the Senate Foreign Relations Committee later today.

Despite attempts to de-escalate the crisis in Ukraine after a shaky cease fire was called, the legislation would intensify sanctions against Russia, forcing Moscow to “pay an increasingly heavy price” for its “aggression” in the region. The bill would also authorize President Obama to provide military assistance to Ukraine to the tune of $350 million dollars.

Providing defense articles, defense services, and training to the Government of Ukraine for the purpose of countering offensive weapons and reestablishing the sovereignty and territorial integrity of Ukraine, including anti-tank and anti-armor weapons; crew weapons and ammunition; counter-artillery radars to identify and target artillery batteries; fire control, range finder, and optical and guidance and control equipment; tactical troop-operated surveillance drones, and secure command and communications equipment. It authorizes $350 million in fiscal year 2015 to carry out these activities.

The notion that such weapons are not “offensive” and can only be used for defensive purposes is clearly a misnomer. Anti-tank weapons include rocket-propelled grenade launchers and bazookas which can be used to target aircraft as well as fortifications and buildings.