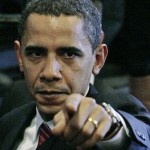 The most important news for Friday, May 22nd…..

The Obama administration is telling the state of California that they are not going to get bailed out.  This is one huge mess that California has gotten itself into, isn’t it?

Over 95,000 pounds of ground beef products that may be contaminated with E. Coli is being recalled.  Doesn’t it seem like our food is getting a lot less safe lately?

One school district near San Francisco plans to force compulsory lessons about lesbian, gay, bisexual and transgender issues on children as young as 5 years old.  Reportedly, parents would not even have the option of keeping their children out of those lessons.

Conservative radio host Erich “Mancow” Muller decided that he would let himself be waterboarded in order to prove that waterboarding wasn’t torture.  He lasted about 6 seconds before quitting and admitting that it is torture.

There are rumors that a new Kremlin report reveals that the Bilderberg group has ordered the destruction of the U.S. dollar as part of their plan to bring in a one world currency and a one world government.  Let us hope that these are just rumors.

Renowned journalist Jim Tucker was able to get quite a bit of information about what did go on at the recent Bilderberg conference in Greece.  What he was written in his latest article is very eye opening.

Are we nearing the dawn of the era of the “super-soldier”?  Is it ethical for the government to use drugs, genetic profiling, brain stimulation, cybernetic implants or brainwashing to “improve” regular soldiers?

An increasing number of Americans are learning how to live “off the grid”.  Would you be able to survive if you couldn’t get what you need from a store?

According to some new tests, drinking from plastic bottles can raise the body’s levels of a controversial “gender-bending” chemical by more than two thirds.  Isn’t that just wonderful?

56 people are hospitalized with confirmed cases of swine flu in the New York City area.  Perhaps H1N1 is not going to disappear quietly.

The Egyptian government is reporting two more human cases of the bird flu in their nation.  What do you think will happen when H1N1 and H5N1 meet up?

The wheat harvest in Ukraine is projected to shrink by 25 percent this year.

FCC officials are claiming that they can enter U.S. homes and conduct searches without a warrant whenever they want.  Have they ever actually read the Bill of Rights?

The Feds have closed the largest financial institution based in that state of Florida.  In a record year for bank failures, this one is the largest bank failure of the year.

The U.S. government plans to steer General Motors towards bankruptcy.

Israeli security forces demolished a very small Jewish settlement in the West Bankyesterday.  This move came only days after Barack Obama encouraged Prime Ministers Benjamin Netanyahu to take a tougher stance against settlements built in areas that Obama hopes to give to the Palestinians.

Lastly, the mayor of a small Texas town has quit and has run away to Mexico to be with the gay illegal immigrant that he says that he is in love with.  You just can’t make this stuff up.