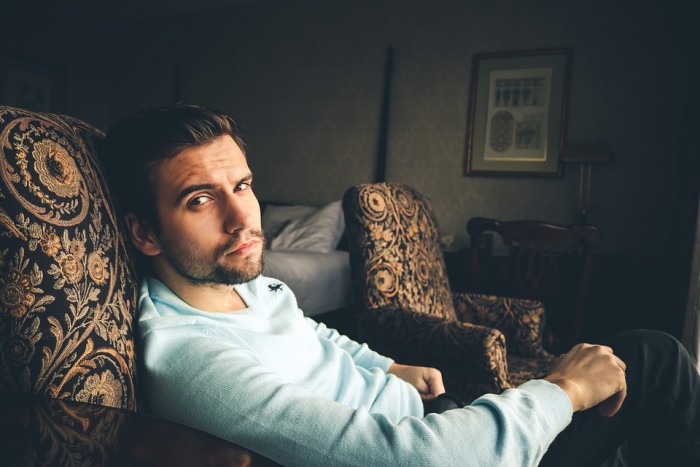 In America today, more than 60 million people live in multi-generational households. That number is so large that it may seem difficult to believe, but the truth is that vast numbers of young adults have had to move back in with their parents and grandparents in recent years due to the deteriorating economy. Millions of our young people cannot find decent jobs once they leave school, and millions of them are absolutely overwhelmed by debt. Of course some of them are just lazy, but whatever the reason it is undeniable that multi-generational households are on the rise. According to the Pew Research Center, 12 percent of the U.S. population was living in multi-generational households back in 1980. Today, that number is up to 19 percent. That means nearly one out of every five U.S. adults now live with their parents or their grandparents.

One of the big culprits, of course, is student loan debt.

According to CNN, approximately 70 percent of all college graduates will have student loan debt to pay off once they leave school, and the average loan balance for those graduates is about $28,950.

But there are many that run up $50,000 or $100,000 in debt at high end schools. We encourage our young people to apply to the “best schools” that they possibly can, and we tell them that they shouldn’t worry about how much it will cost. We assure them that they will be able to easily pay back any debts once they leave college because of the “good jobs” that they will get upon graduation.

Unfortunately, millions upon millions of our young people have discovered that the good jobs that they were promised simply do not exist.

We are also seeing other forms of debt rise to frightening levels in this nation. The following comes from the New York Times…

Over all, Americans’ use of credit cards has recently been creeping up again: Household debt in the United States increased by $35 billion, to $12.29 trillion, during the second quarter of 2016, a 0.3 percent rise from the previous quarter that was driven by credit cards and auto loans, according to a report released on Tuesday by the Federal Reserve Bank of New York.

We are a society that feels entitled to everything, and we are not afraid to go into debt to get it. And unfortunately we have passed on this “entitlement mentality” to the next generation.

In a recent blog post, Jenna Abrams did an amazing job of describing the crisis that we are facing with our young adults today. Here is an excerpt…

Today I asked my followers how would they describe Millennials and this is what I got: “lazy”, “thin-skinned”, “spoiled”, “selfish”, “undisciplined”, “self-absorbed”, ”fragile”, “oblivious”, etc. and I can agree on this. This generation is really what you call it. But there was one description that is the most accurate. “Raised by neglectful, over-compensating for inadequacy, self-serving parents.”

You’re in charge. You insisted your children and grandchildren have to get higher education instead of taking a blue-collar job or just entering the workforce after school like your generation did. Most of you pay for that (often unnecessary) higher education. You are overprotective and prevent your children from playing outside and making mistakes you had a chance to make to gain that thick skin. You don’t let your 12-year-old kid stay at home alone because they are too young. And who is wrong when your child has a conflict at school? I bet you always blame the other side, not your “special snowflake”. And how you get surprised that the whole generation gets offended by facing the truth: they are not special. It must hurt, right?

This generation of young adults is the most “educated” in our history, and yet they also appear to be one of the least competent. Just check out these numbers from CBS News…

In the old days, our institutions of higher learning had exceedingly high standards and they demanded the best from students. Today, our system of higher education is a joke, and many of our best colleges are more focused on political correctness and “safe spaces” than they are on preparing our young people for the harsh realities of the real world…

At Brown University – like Harvard, one of the eight elite Ivy League universities – the New York Times reported students set up a “safe space” that offered calming music, cookies, Play-Doh and a video of frolicking puppies to help students cope with a discussion on how colleges should handle sexual assault.

A Harvard student described in the university newspaper attending a “safe space” complete with “massage circles” that was designed to help students have open conversations.

We have raised a generation of overly-coddled, self-absorbed boys and girls that have never learned how to become men and women. They don’t understand how things really work, and they are completely and utterly unprepared for the exceedingly difficult times that are coming.

And since our education system is completely and totally dominated by progressives, our young people have had decades of liberal propaganda pumped into their skulls, and the results are absolutely frightening.

A different survey discovered that more than half of all U.S. adults under the age of 30 say that they reject capitalism.

If the coming election were to be determined by the Millennials, Hillary Clinton would win by one of the biggest landslides in U.S. history. But of course she wouldn’t have even been the nominee for the Democrats, because Bernie Sanders would have crushed Clinton.

If something is not done, this is what the future of America is going to look like.

I don’t know about you, but to me that is a rather distressing thought.