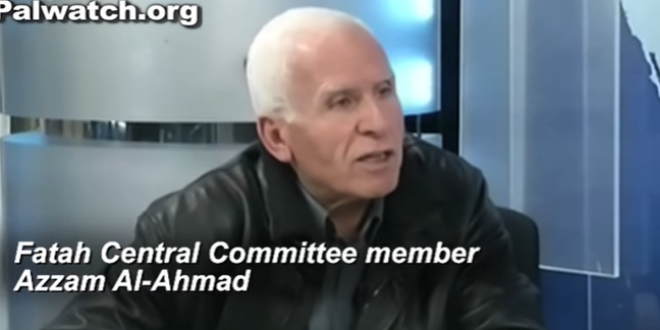 The establishment of a Palestinian state in the West Bank is only a pretext for Palestinians to take over all of Israel, said an official with Mahmoud Abbas’s political party, Fatah.

Azzam Al-Ahmad, a Fatah Central Committee member, told an interviewer on official Palestinian Authority (PA) state TV that a Palestinian state would simply be a stepping stone to a Vietnam-style conquest in which “Palestine” would swallow up the entire country of Israel.

In a video clip translated by Palestinian Media Watch,

Al-Ahmad described a PA plan to “agree to a state on territory that is 22 percent, and perhaps less, of the land of historical Palestine”, and then eventually take over the territory it was not granted, which would “return my historical rights to me in full.”