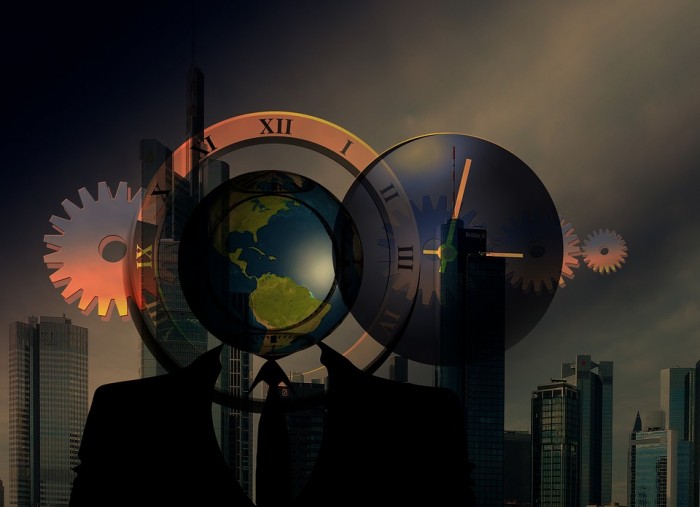 As bad as the month of January was for the global economy, the truth is that the rest of 2016 promises to be much worse. Layoffs are increasing at a pace that we haven’t seen since the last recession, major retailers are shutting down hundreds of locations, corporate profit margins are plunging, global trade is slowing down dramatically, and several major European banks are in the process of completely imploding. I am about to share some numbers with you that are truly eye-popping. Each one by itself would be reason for concern, but when you put all of the pieces together it creates a picture that is hard to deny. The global economy is in crisis, and this is going to have very serious implications for the financial markets moving forward. U.S. stocks just had their worst January in seven years, and if I am right much worse is still yet to come this year. The following are 22 signs that the global economic turmoil that we have seen so far in 2016 is just the beginning…

1. The number of job cuts in the United States skyrocketed 218 percent during the month of January according to Challenger, Gray & Christmas.

2. The Baltic Dry Index just hit yet another brand new all-time record low. As I write this article, it is sitting at 303.

4. In the U.S., the Restaurant Performance Index just fell to the lowest level that we have seen since 2008.

5. In January, orders for class 8 trucks (the big trucks that you see shipping stuff around the country on our highways) declined a whopping 48 percent from a year ago.

6. Rail traffic is also slowing down substantially. In Colorado, there are hundreds of train engines that are just sitting on the tracks with nothing to do.

7. Corporate profit margins peaked during the third quarter of 2014 and have been declining steadily since then. This usually happens when we are heading into a recession.

8. A series of extremely disappointing corporate quarterly reports is sending stock after stock plummeting. Here is a summary from Zero Hedge of a few examples that we have just witnessed…

10. On Thursday, a major British news source publicly named five large European banks that are considered to be in very serious danger…

Deutsche Bank, Credit Suisse, Santander, Barclays and RBS are among the stocks that are falling sharply sending shockwaves through the financial world, according to former hedge fund manager and ex Goldman Sachs employee Raoul Pal.

11. Deutsche Bank is the biggest bank in Germany and it has more exposure to derivatives than any other bank in the world. Unfortunately, Deutsche Bank credit default swaps are now telling us that there is deep turmoil at the bank and that a complete implosion may be imminent.

12. Last week, we learned that Deutsche Bank had lost a staggering 6.8 billion euros in 2015. If you will recall, I warned about massive problems at Deutsche Bank all the way back in September. The most important bank in Germany is exceedingly troubled, and it could end up being for the EU what Lehman Brothers was for the United States.

13. Credit Suisse just announced that it will be eliminating 4,000 jobs.

14. Royal Dutch Shell has announced that it is going to be eliminating 10,000 jobs.

15. Caterpillar has announced that it will be closing 5 plants and getting rid of 670 workers.

16. Yahoo has announced that it is going to be getting rid of 15 percent of its total workforce.

17. Johnson & Johnson has announced that it is slashing its workforce by 3,000 jobs.

19. All over America, retail stores are shutting down at a staggering pace. The following list comes from one of my previous articles…

20. According to the New York Times, the Chinese economy is facing a mountain of bad loans that “could exceed $5 trillion“.

21. Japan has implemented a negative interest rate program in a desperate attempt to try to get banks to make more loans.

22. The global economy desperately needs the price of oil to go back up, but Morgan Stanley says that we will not see $80 oil again until 2018.

It is not difficult to see where the numbers are trending.

Last week, I told my wife that I thought that Marco Rubio was going to do better than expected in Iowa.

How did I come to that conclusion?

It was simply based on how his poll numbers were trending.

And when you look at where global economic numbers are trending, they tell us that 2016 is going to be a year that is going to get progressively worse as it goes along.

So many of the exact same things that we saw happen in 2008 are happening again right now, and you would have to be blind not to see it.

Hopefully I am wrong about what is coming in our immediate future, because millions upon millions of Americans are not prepared for what is ahead, and most of them are going to get absolutely blindsided by the coming crisis.