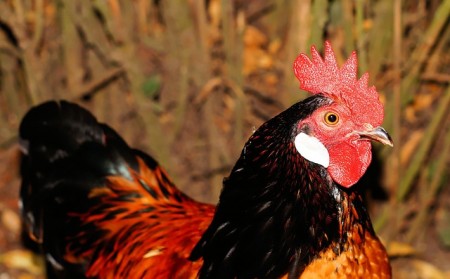 A Minnesota police chief admitted to beheading a five-year-old boy’s pet chicken with a shovel last month after a neighbor complained about the animal running through the neighborhood.

Ashley Turnbull, the mother of the boy, acknowledged that her son was in violation of a local ordinance but says the chief violated multiple laws, including trespassing on private property, when he decapitated the red hen.

“The chicken was like a puppy dog to my son,” Turnbull told West Central Tribune. “You wouldn’t do that to a puppy.”

Atwater Police Chief Trevor Berger, who left the severed head next to the boy’s chicken coop, defended his actions, citing the local ordinance as justification.

“It’s against city ordinance for a chicken to be in the city and running around in people’s yards,” Berger said. “I’m sorry it had to happen that way.”

Incredibly, Bergel added that he initially planned to shoot the chicken but decided not to after noticing children in the neighboring yard. After “10-15 minutes” of failing to catch the chicken, Bergel’s attention turned to a shovel leaned against Turbull’s garage.